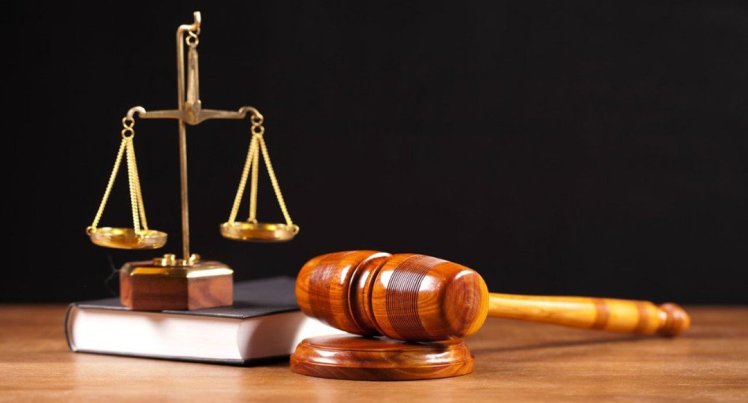 The Federal High Court in Abuja, on Thursday, ruled on a ‘no case submission’ application filed by Retd Commodore Umar Mohammed and his company, Easy Jet Integrated Service Ltd, against the charges of money laundering, unlawful possession of firearms and forgery brought against him by the federal government.

THE WHISTLER earlier reported that the court had on March 25 admitted over one million US dollars and other currencies as exhibits against him, as presented by counsel to the office of the Attorney-General of the Federation, M.S. Labaran.

But Mohammed, through his lawyer, Hassan Liman SAN, said his client had no case to answer in the matter.

In the application , he urged the court to determine: “Whether having regard to the totality of the evidence adduced before this Honourable Court, the Prosecution have made out a prima facie case against the Defendants as required by law to warrant calling the Defendants to enter their defence?”

In his ruling, presiding judge Inyang Ekwo, noted that the federal government failed to provide sufficient evidence on count 3 to 5 of the charges which had to do with the defendant’s alleged possession of certain Pump Action Guns without valid license, possession of classified/official document without lawful authority as well as forging an official document.

“I find that the prosecution did not tender any such evidence,” he added.

However, Ekwo held that the court is convinced that the Retd Commodore should offer explanations or defence regarding the sum tendered as exhibits amid allegation that he is the director of Easy Jet Integrated Service Ltd.

“I find that by the evidence of PW1 and Exhs. PW1- Al-A24, B, CI, C2 and C3, the Prosecution has not made prima fade case on counts three, four and five of the charge sheet.

“The Defendants are discharged thereof. On Counts one and two, I find by the evidence of PW1 and Exhs. PW1- Al-A24, B, Cl, C2 and C3, that the Prosecution has made prima facie case thereon.

“The defendant will be required to make explanations thereto to this court. I make an order…the defendant to enter defence with respect to the allegations in counts one and two on the charge sheet. This is the order of this court,” the judge ruled.

“Conspiracy to accept the sum of One Million, Thirty Thousand American Dollars ($1,030,000) of One Hundred Dollars ($100) denomination, in cash from Worldwide Consortium PTY Ltd, as payment for freight services without going through a Financial Institution as required by the Law, and thereby committed an offence contrary to S. 18(a) of Money Laundering Act 2011(as amended) and punishable under S. 16(2) (of the punishable under Section 15 (3) and (4) of the same Section of the Act.

“That you, Air Commodore Umar Mohammed (rtd), 54 years, male and Easy Jet Integrated Services Ltd on or about 19th June, 2016, within the jurisdiction of this honourable court, received the sum of one million, thirty thousand American Dollars ($1,030,000) in cash from Worldwide Consortium PTY Ltd, as payment for freight services, and you thereby committed an offence contrary to Section 15 (2) (b ) of the Money Laundering Act 2011 (as Amended) and punishable under Section 15 (3) and (4) of the same Section of the Act.”

Flutterwave To Help D’Tigers Receive Donations From Fans, Others