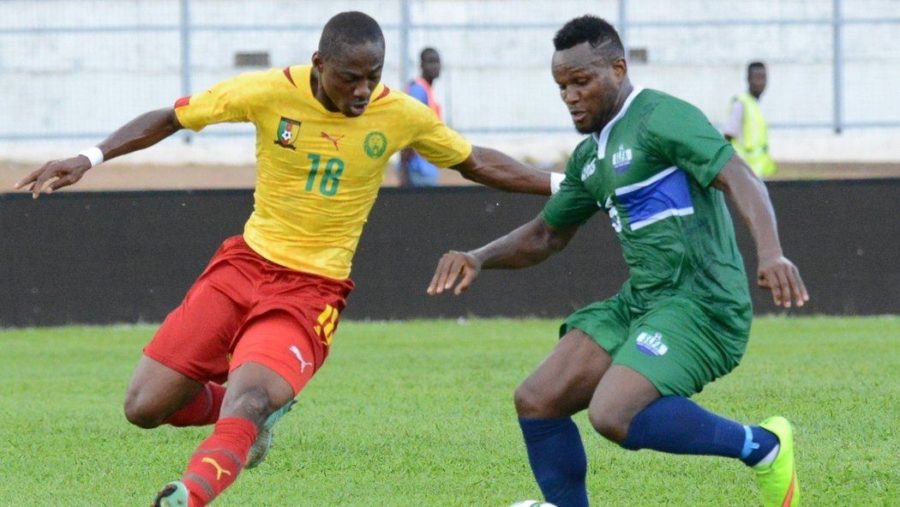 Sierra Leone Football Association (SLFA) has announced it will host Ivory Coast in Nigeria for their Africa Cup of Nations qualifier on 6 September.

The Group I match will be played in Lagos as Sierra Leone is banned from hosting international matches due to the outbreak of the deadly Ebola virus.

A ban on domestic football in Sierra Leone was lifted earlier this month.

“I think it’s going to be a different ball game this time round,” SLFA Sorie Ibrahim Sesay told BBC Sport.

“It’s welcome news that our big brother, Nigeria has agreed to host us against Ivory Coast,”

“This has brought more confidence to the players and officials against the opposition and had reduced our disadvantaged position we had suffered in last year having to play our home games in the opponents’ grounds.”

The Teslim Balogun stadium, which was used during the 2009 Under-17 World Cup, will host the game.

It is several weeks since the last reported case of Ebola in Sierra Leone but it is yet to be officially declared free of the deadly disease.

The Confederation of African Football (CAF) will only allow Sierra Leone to resume hosting international matches when the World Health Organization (WHO) declares the country Ebola free.

The game against the African champions will be the first in charge for Ghanaian Sellas Tetteh, who has been appointed as Sierra Leone caretaker coach.

Group I also includes 2017 Nations Cup hosts Gabon but their matches will not count towards qualification. Only the group winners advance to the finals.

Since Caf imposed the ban on Sierra Leone, the national team had been unable to find a neutral venue for its matches.

Of their three 2017 Africa Cup of Nations ‘home’ qualifying games they were managed a raw with Cameroon in Yaounde but lost the other two matches to DR Congo in Lubumbashi and in Ivory Coast in Abidjan.

The Lagos State FA will provide use of the stadium and medical facilities for the game while the Sierra Leone association will cater for all other logistics.