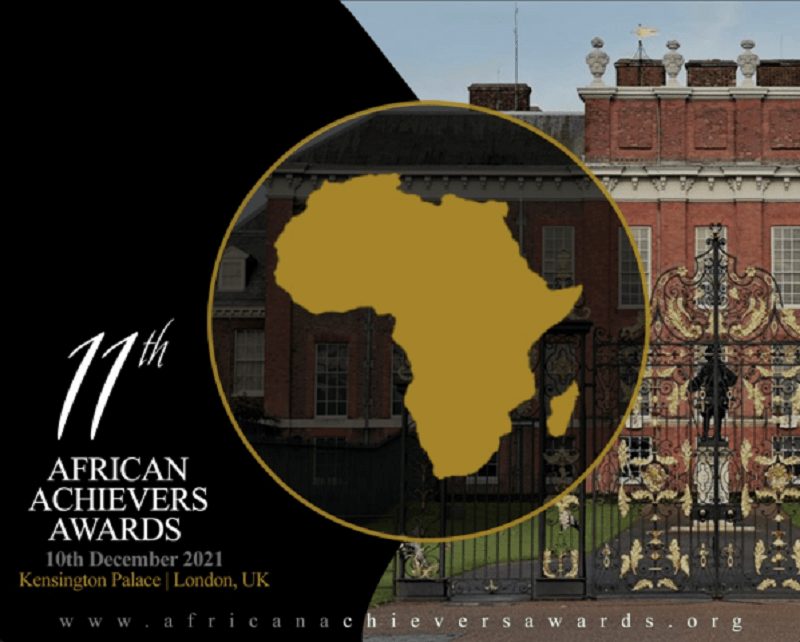 Leading players across various industries will convene at the 11th Edition of the African Achievers Awards to develop strategies that will help Africa maximize foreign investment for sustainable economic development.

This year’s edition of the awards will hold on Friday, 10th December, at Kensington Palace.

The CEO of Ayanda Media Network, Ayanda Ngwane, has also been announced  as the consulting media partner of the awards this year.

Prior to the awards, there will be an International Colloquium on Thursday, 9th December, which will hold at the University of Cambridge. The Colloquium will be hosted by Lord Simon Woolley, Master of Homerton College, Cambridge University.

The theme of the award ceremony and colloquium for this  year is “Maximizing Diaspora Investments for Sustainable Development in Africa.”

The Chief Executive Officer of the African Achievers Awards, Dr Tonye Rex Idaminabo, said the theme was chosen due to the need to tap into expertise and resources of Africans in the diaspora to accelerate the timeline to realizing economic growth and sustainable social transformation in Africa.

“There is a dire need to tap, mobilize, and channel diaspora investment in Africa to help address the growing demands for investment and employment in the continent.

“This year’s summit and awards ceremony, therefore, provides a platform for industry leaders in Africa to converge, and discuss strategies and develop a blueprint on how to mobilize diaspora investment opportunities for Africa,” he said.

Idaminabo appointed the CEO of Ayanda Media Network, Ayanda Ngwane, as the consulting media partner of the awards this year. In a letter, Idaminabo said he chose Ngwane and her media network to ensure the maximum success of the awards following her stellar performance in similar events over the years.

Ngwane,  a journalist by profession, TV host and Producer of Sharing with Ayanda TV Show, has been commended for her contribution to the industry and society. She is also the Editor in Chief of the Diplomatic Envoy Newsletter and Media Consultant with working experience that spans across the African Continent.

She is a renowned PR/Media Consultant in Nigeria, Angola and South Africa. She was the Publicist for the 2015 Davos World Economic Forum(African Chapter) and African Women in Leadership Conference and PR Director for Goodwill Ambassador Awards and now the CEO of Ayanda Media Network.

On the side-line of the awards, African Achievers Awards Foundation will launch its Mentorship Program, which is designed to raise the next generation of African trailblazers by identifying highly talented, emerging innovators and entrepreneurs across Africa who are motivated to provide lasting solutions to the existing problems confronting the continent.

The programme will connect a minimum of one thousand mentees with already established industry leaders who are past honourees/ Alumni of the African Achievers Awards and provides them with the necessary career tools and resources to help them achieve their career aspirations.

The African Achievers Awards was created in 2010 and has quickly become one of the most reputable award ceremonies in Africa. Over the years, the ceremony has  honoured some African trailblazers whose work in their respective fields have had considerable impact on Africa and Africans.