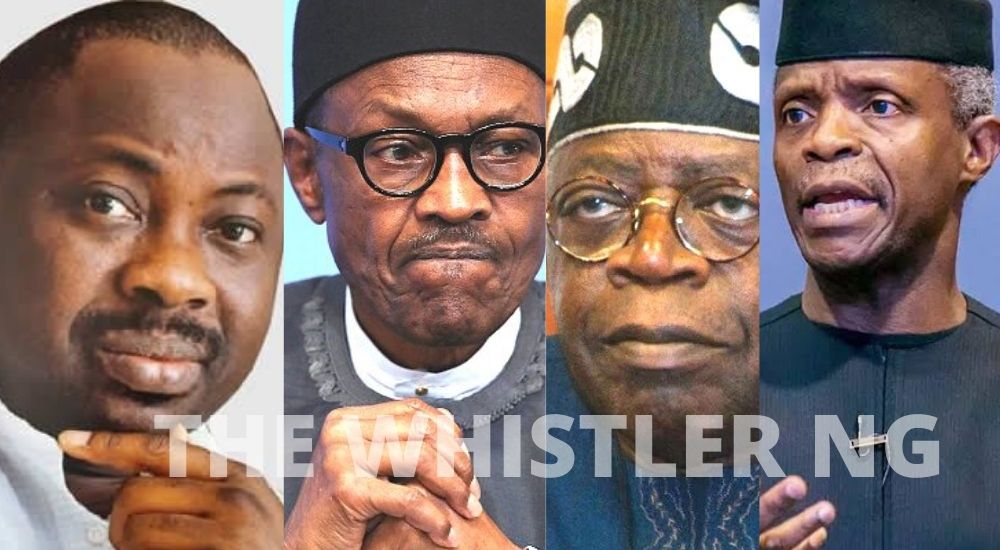 A 2023 presidential aspirant and publisher of Ovation Magazine, Dele Momodu, has berated Asiwaju Bola Tinubu’s media team for what he described as a desperate attempt to sell the All Progressives Congress leader as the party’s only presidential candidate in 2023.

The PDP aspirant and columnist criticised the publication which claimed that he had endorsed Tinubu for president.

Momodu had last week declared his intention to run for president on the platform of the Peoples Democratic Party (PDP).

But a Lagos-based newspaper had reported that Momodu described Tinubu, who is running for president under the APC, as the most qualified candidate among those “contending for the crown” due to “his glittering records and achievements in both the private and public sectors.”

It added, “I really do not care about his past because as a Christian, none of us can judge anyone, and I have ample examples of the possible transformation and transfiguration of human beings, as the Lord pleases. That is a long time ago and gone with the winds. He has done more than enough to remove that from his narrative”

The quotes were taken from Momodu’s 2019 opinion article published in ThisDay.

But reacting in a statement titled “I’ve Not Endorsed Tinubu”, Momodu accused the APC leader’s media team of being behind the republished article.

According to Momodu, he no longer holds the views he expressed in the 2019 article, saying “a lot of water has passed under the bridge since I wrote that article” adding that the “divisiveness and the culpable silence of TINUBU and the Vice President PROFESSOR YEMI OSINBAJO in condoning his (Buhari’s) excesses and keeping mute in the face of barefaced tyranny” had made him change his perception of the Buhari administration.

He wrote in a Facebook post: “In all honesty, I do not know who the media handlers of ASIWAJU BOLA AHMED TINUBU are but I can reasonably confirm that they’ve been fumbling too much by being so cheap, unimaginative and jejune in their campaigns. Are they not ashamed that several people, including the respected DR AKINWUMI ADESINA of the African Development Bank, have publicly denied endorsing TINUBU for the 2023 Presidential election because of this unfortunate desperation to sell him as the only candidate of APC in 2023,” he said.

“Now, I’m their latest victim. An article I wrote two years ago about TINUBU has suddenly become a fresh endorsement in 2022. What chicanery is this? While I have tremendous respect for ASIWAJU BOLA AHMED TINUBU, his handlers have no right to engage in pure mischief by abusing our relationship. They’ve even made pamphlets of my article. But unknown to them, a lot of water has passed under the bridge since I wrote that article and I have my cogent reasons for not joining APC – PRESIDENT MUHAMMADU BUHARI’s divisiveness and the culpable silence of TINUBU and the Vice President PROFESSOR YEMI OSINBAJO in condoning his excesses and keeping mute in the face of barefaced tyranny. Southern Leaders who crave to be President have failed to protect their own people from the blistering attacks they’ve endured under the Buhari government, most especially the people of the South East. The whole country is in turmoil and Northern Leaders have been more courageous in telling Buhari the blatant truth while ours have been so cowardly because of their insatiable propensity for power… I have other reasons… I earnestly ask the spin doctors to delete my name from their reckless and self seeking endorsements…”

Kaduna Train Attack: ‘We will Not Vote for Amaechi’ – Families of Abducted Victims…