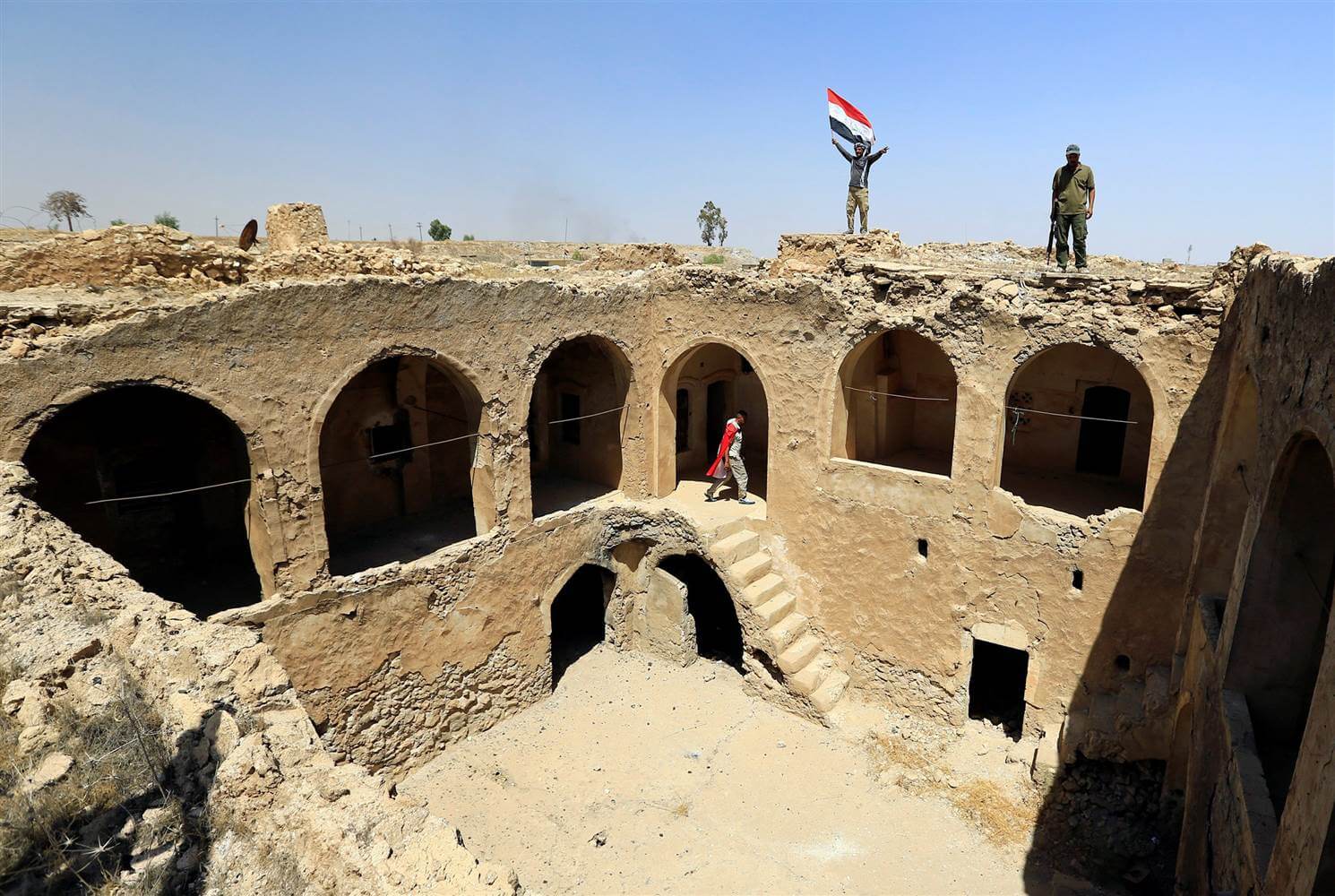 An operation to retake the northwestern town, captured by the extremists on June 16, 2014, began 10 days ago.

Tal Afar was the last town still under the control of ISIS militants in Iraq’s Nineveh province following the liberation of Mosul, about 45 miles to the east.

“The joy of victory has been completed and the entire province of Nineveh has become in the hands of our heroic forces,” al-Abadi said, in a statement released Thursday by his media office.

“I declare to you that Tal Afar has joined the liberated Mosul and returned to the homeland.”

Al-Abadi also issued a warning to any fighters for ISIS, also known as Daesh, who remain in Iraq.

“We say to the criminals of Daesh: Wherever you are, we are coming for liberation, and you have no choice but to die or surrender.”

The US-led coalition against ISIS, which has been backing the Iraqi Security Forces (ISF) in their battle, congratulated them in a statement Thursday.

“Following their historic liberation of Mosul and now a swift and decisive victory in Tal Afar, the ISF have shown, once again, they are an increasingly capable force that can protect the Iraqi people, defeat ISIS within Iraq and secure the country’s borders,” said Lt. Gen. Stephen Townsend, commander of US and coalition forces in Iraq and Syria.

“This is yet another significant achievement for the Iraqi Security Forces and the government and people of Iraq.”

The coalition statement added that efforts to make Tal Afar safe would continue.

“While the city and critical infrastructure are under ISF control, dangerous work remains to completely remove explosive devices, identify ISIS fighters in hiding and eliminate any remaining ISIS holdouts so they do not threaten the security of Tal Afar in the future,” it said.

A day before al-Abadi’s announcement, the Norwegian Refugee Council, a nongovernmental organization, warned that hundreds of thousands of people remain stranded in Iraq with nowhere to go following years of conflict.

“During the military operation, thousands of people had their movement restricted. We hope that today’s news will mean that displaced people can move freely so that they can begin to return home and start the long process of recovery,” said Heidi Diedrich, country director for the NGO.

“The first thing that must be in place is safety and security. Even after areas are retaken from IS, violence often continues.”

Diedrich called for more international funding to be made available to help an estimated 11 million Iraqis — a third of the country’s population — who need humanitarian assistance.

ISIS fighters still control Hawija, west of Kirkuk, as well as the towns of Qaim, Rawa and Ana near the Syrian border.
CNN

Referendum Is A Constitutional Answer To Unfinished Decolonization Of Nigeria