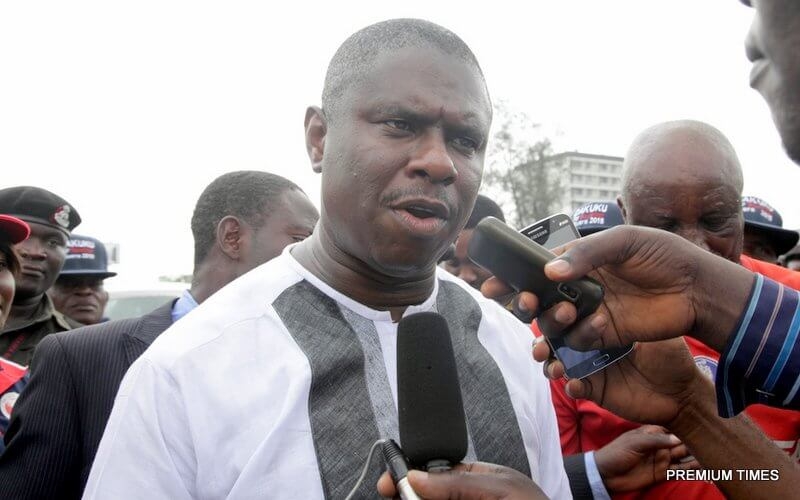 The Rivers State chapter of the Peoples Democratic Party (PDP) has slammed the 2015 governorship candidate of the All Progressives Congress (APC), Dakuku Peterside, over comments he made against Governor Nyesom Wike regarding the unclaimed $43 million Osborn cash.

Dakuku had alleged that Wike “has the unenviable record of governing a state having the most state-linked killings in Rivers history,” adding that “He (Wike) rose to become the governor of Rivers State on the bloods of innocent people.”

The NIMASA Director-General’s attack comes on the heels of allegation made by Governor Wike that the $43 million Osborn cash was stolen from Rivers State by Rotimi Ameachi during his tenure as governor of the state.

But in a statement by his Special Adviser on Media and Publicity, Jerry Needam, Bro Felix Obuah, the state’s PDP chairman, described Dakuku’s “ill-motivated action” against Wike as his only way of showcasing his loyalty to Amaechi.

Bro Obuah blamed Dukuku’s statement on the psychosis the latter incurred from his alleged indulgence in cultism during his university days.

The chairman added that the NIMASA DG is still nursing the wound from his loss during the 2015 governorship election in the state.

“If Dakuku Peterside thinks that the only way to showcase his loyalty to Rotimi Amaechi is to launch insults against Governor Wike, then he may have lost his senses because even his master, Amaechi has a lot of respect for Gov. Wike for outclassing him in leadership and achievements. Good a thing,while he is busy mouthing insults against Wike, the Governor is busy executing mind-blowing projects,” Bro. Obuah declared.

“The PDP however, is not surprised at these unsubstantiated actions of Dakuku. What else do you expect from a man who was a cultist and carried on in a most horrendous and horrific manner! He needs psychiatric treatment,” Bro. Obuah stated.