Nigeria Politics
By Chukwudi Ojukwu James On May 27, 2022 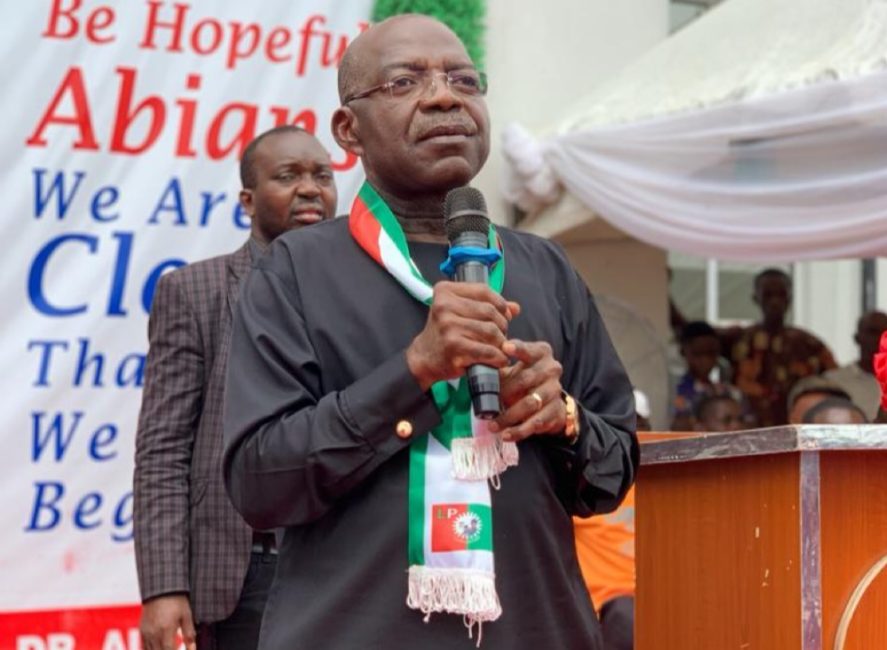 Alex Otti has declared his plan to pursue his governorship ambition on the Labour Party platform hours after resigning from the All Progressives Congress (APC).

Otti made the declaration before a crowd of supporters at the party’s secretariat in Umuahia on Friday.

He promised to industrialize Abia if the electorate voted for him in the 2023 general election.

He said, “I don’t need to tell my story anymore, I think people know. And they understand why I came here. I am not a politician.

“What I want to do is work, I have come to work for you. You will be very surprised at the massive transformation that will happen in Abia State.

“When people are talking about salaries I laugh. Somebody worked and you didn’t pay him, how do you expect him to survive?

“I have written to them once that when you do not pay your workers, you shut down the economy. The economy works with money, anytime you cut off money from the economy, you have taken away breath

“Anytime you do not pay somebody, the individual will not be able to buy something and it is that buying decision that keeps the economy running. That is why this economy is dead.

He also promised to industrialize the state and use the money in the government judiciously to develop the state.

“What we are coming to do is to industrialize this place. And if it requires using government money to do it, we will do it.

“If it requires borrowing, we will borrow to do it. Because if you borrow for a regenerative investment, you will make money and pay back and keep making money in perpetuity.

“About 53 Percent of our people are unemployed, that is what the National Bureau of statistics.

“When you see that there is crime in these places, it is not because we are criminals, but a lot of people don’t have anything to do.

“You can only eliminate insecurities by creating jobs. We will create jobs in Abia State.

“I will also like to tell you that a major part of our problem is not because we don’t have money, after all we are richer than Ebony State. Go to Ebonyi and see the massive development going on there.

“We are going to use Abia money judiciously.”

He also highlighted the deplorable state of the commercial nerve center of the state Aba and promised to fix as it is not a ‘rocket science’ and will also give Umuahia the capital the befitting status it deserves.

“I shed tears whenever I look at the state of Aba. The place is dead and rotten. There was a time they told us that an Aba indigene will repair Aba, that was almost eight years ago,

“Aba residents knows who will fix up the city, and 2023 is the date.

“I took the measurement of the whole roads in Aba and it was 39 kilometers, so it’s not rocket science. So what do you do, go and get people that will do the place and you pay them over time.

“If you repair Aba, you have fixed the economy of Abia State. The seat of a governor is not for a novice, it is for a tested technocrat.

“We will fix the entirety of Aba. Some landlords here are begging people to come live in there properties even if it is free of charge. The truth is that the cost of building in Aba is the same in Lagos, the only difference is land.

“How about Umuahia the state capital that looks like a glorified village, I have been frequenting Umuahia ever year and what is see is that something leaves it with no growth and it is called a capital.

“I think it’s time that Abians get annoyed with the situation of things and this is the time.

“So what we are saying is that all of us have to come together and say enough is enough.”