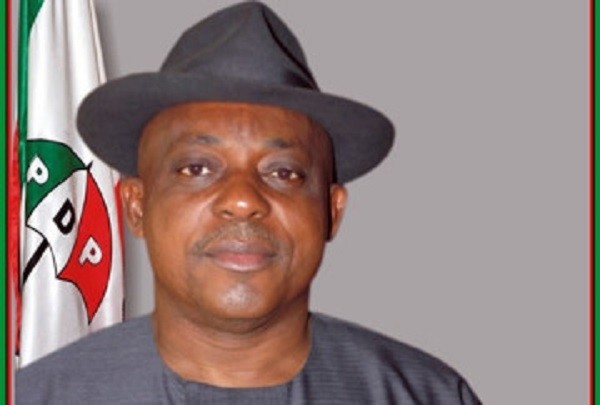 The Peoples Democratic Party (PDP), has alleged that the Department of State Services (DSS) possess poor intelligence gathering and is indirectly responsible for the resurgence of terrorists in the country.

This was disclosed in a statement, issued by the Acting National Chairman of the opposition party, Prince Uche Secondus, in Abuja on Monday.

The party lamented that the inefficiency of the DSS was what led to the two simultaneous bombings recorded at two satellite towns within the Federal Capital Territory on Friday, which left 20 persons dead and 41 others seriously injured.

The party said the renewed attacks was an indication of a fact of dereliction of duty or sabotage against the anti-terrorism fight, adding that the agency should not be seen to be political in its activities.

The party said it had remained steadfast in its commitment to support every policy adopted by the government of President Buhari aimed at ending terrorism, especially knowing the importance of a secured environment in achieving peaceful co-existence and development.

They therefore called on President Muhammadu Buhari to overhaul the agency and other security outfits in the country.

The party said, “We are aware that a bomb is an ill wind that blows no good to anybody in the community. It scares away potential investors.

“We are therefore duty-bound to draw attention to certain grave factors, possibly leading to the unfortunate resurgence, which, if unchecked, could worsen the ugly situation.

“Our checks revealed that poor intelligence gathering by the Department of State Services and other relevant intelligence group is largely, if not directly, responsible for the resurgence of terrorists, who had earlier been pushed to the precipices in the Sambisa Forest in Borno State, to the extent that they have slipped back into other cities, including the nation’s capital.

“From all indications, the DSS under the watch of the current Director-General, Alhaji Lawal Daura, does not seem to be in full grip of the intelligence situation.

“In the last few months, the DSS, instead of concentrating on its primary statutory duties of providing domestic intelligence, security service and criminal investigations for the state, has, under the new Director-General, directed all its energies on political matters; chasing after opposition elements, interfering in election tribunal activities, intimidating and hounding tribunal witnesses while terrorists resurge and combatant security forces left with scanty intelligence.

“The situation with the DSS has become so pathetic that it could not even effectively analyse reported suspicious tweets ‘predicting the attacks’ as a clue to forestall last Friday’s attack in Abuja and other parts of the country.”