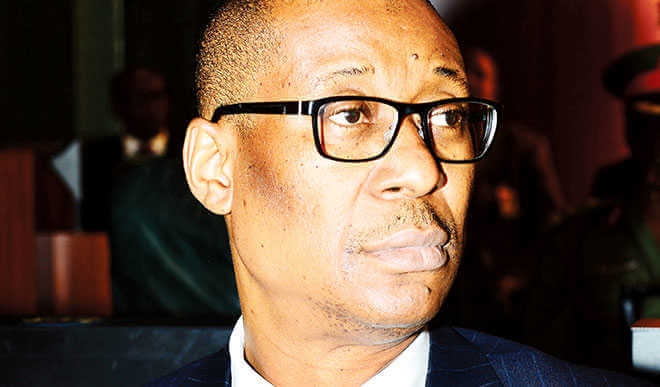 The Minister of Industry, Trade and Investment, Mr. Okechukwu Enelamah, has called on the Executive Secretary of the Financial Regulatory Council of Nigeria, FRCN, Mr. Jim Obazee, to suspend the implementation of a regulation which stipulates 20 years tenure ‎for heads of religious groups and civil society groups in the country.

Recall that the law, forced the General Overseer of the Redeemed Christian Church of God, Enoch Adeboye into stepping aside as overseer of the church Nationwide.

Adeboye, however, clarified that he remained the‎ General Overseer of the church worldwide, adding that the regulation would be extended to clergymen such as Bishop David Oyedepo of the Living Faith Church Worldwide, aka Winners Chapel; Pastor W. F. Kumuyi of the Deeper Christian Life Ministry and Bishop Mike Okonkwo of The Redeemed Evangelical Mission.

According to Punch, the minister had written the FRCN boss on October 17, 2016, directing him to suspend the implementation of the controversial regulation, an instruction that was defied.

A source in the Ministry of Industry, Trade and Investment, who spoke on the condition of anonymity said, “There is an issue with the new code of corporate governance and the minister wrote the Financial Reporting Council and told the council not to execute it because a lot of people from the private sector have complained about it.

“So the minister wanted to look into it and see what the issues were. He (FRC boss) was asked not to go ahead with executing it. There is a controversy on that FRC issue and we are now looking into the matter to know what the issues are before we can finally take a decision. This is where the matter is currently.”

However, another insider within the FRC, said the organisation would not heed the directive of the minister on the code.

“The Minister of Industry, Trade and Investment wrote a letter to us saying that he didn’t want the code to be effective now and that he wanted it to be suspended for now,” the source said.

Explosion Not In Redemption Camp, We Helped To Put Off The Fire – RCCG Debunks Fake News

“But you know in government circles, particularly in the public sector, when you are suspending something, you back it up with a paper – a gazette and all of that, but as it is now, there is no gazette.

“The code has been on naturally, right from (ex-President Goodluck) Jonathan’s time and this has been over four years. When the code was being done, we engaged all the stakeholders and their presentations formed part of what was in the code at the end of the day.

“The only people that took the matter to court were the churches and they lost. It was on the day they lost that our legal adviser said ‘okay, we could go ahead and release the code and that if we don’t release this code, other bodies will go to court to challenge it’.

“The private sector came to us three weeks ago and they told us the sections they wanted amended and we told them that we will look at it when we are doing what we call fine-tuning.

“The code is still on as it stands now. All the banks are complying with the codes. If it has been suspended, why are they complying with it. The churches don’t want it and that was why they went to court and they have lost.

“So, the law is still in force. Mr. President is aware of this issue and he has not issued any directive to stop the law.”

Explosion Not In Redemption Camp, We Helped To Put Off The Fire – RCCG Debunks Fake…

2023: Popular Cleric Warns Against Voting PDP, APC, Others, Reveals Who To Vote For