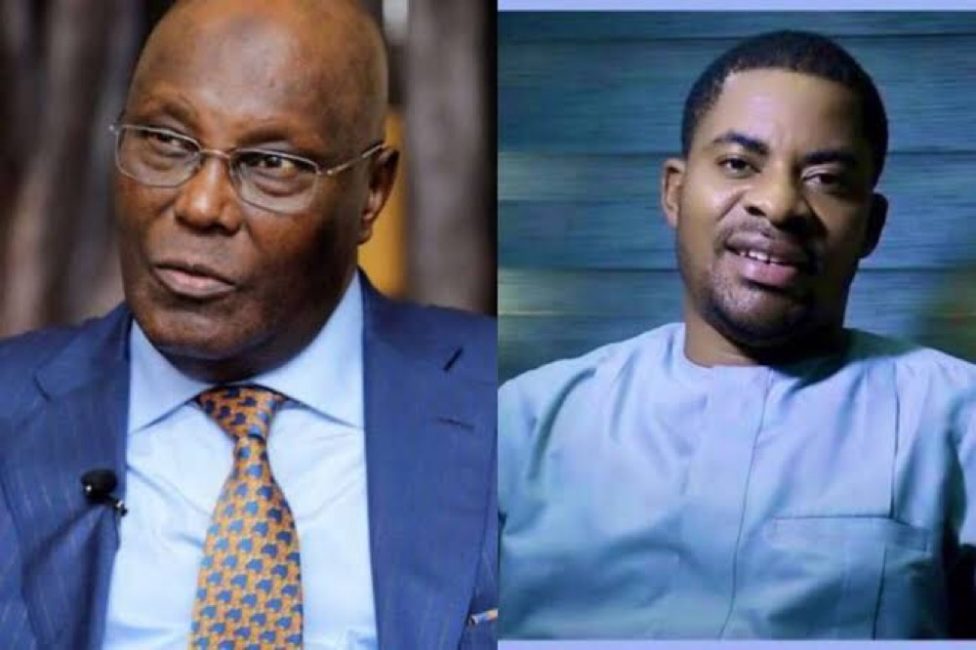 Renowned activist, Deji Adeyanju, has come down heavily on the presidential candidate of the Peoples Democratic Party, PDP, Atiku Abubakar, describing the former Vice President as a “Mayor of Dubai”and political ancestor.

Adeyanju, who has been criticising leading presidential candidates in the country had at several times suggested a unified approach by opposition parties as the only way to defeat the ruling All Progressives Congress, APC.

The former spokesman of the PDP on New Media in a tweet on Wednesday restated his stance against Atiku, just as he has continued to oppose Peter Obi, the presidential candidate of the Labour Party, LP.

His criticisms of Obi has put him at loggerheads with the supporters of the former Anambra State governor.

But on Wednesday, while the effort to reconcile Atiku and Nyesom Wike, the Rivers State governor, has failed so far, Adeyanju opined that Atiku should rather contest for Mayor of Dubai.

Atiku has been accused of often leaving the country for Dubai, UAE. The 2019 presidential candidate of the PDP was accused of leaving his party and supporters to their fate after losing the election to President Muhammadu Buhari of the APC, an incumbent.

The convener of Concerned Nigerians group, however said, “I no (sic) send Atiku & he knows. I can’t count how many times he has sent people to me to stop attacking him but like I always tell them; he’s a political ancestor who has nothing to offer, and should be contesting for Mayor of Dubai.

“I no (sic) send any politician papa (father). God has blessed me ooo (sic).”

Adeyanju had placed a bet of $10,000 with supporters of the Labour Party presidential candidate that Obi will come distant third during the 2023 presidential election.