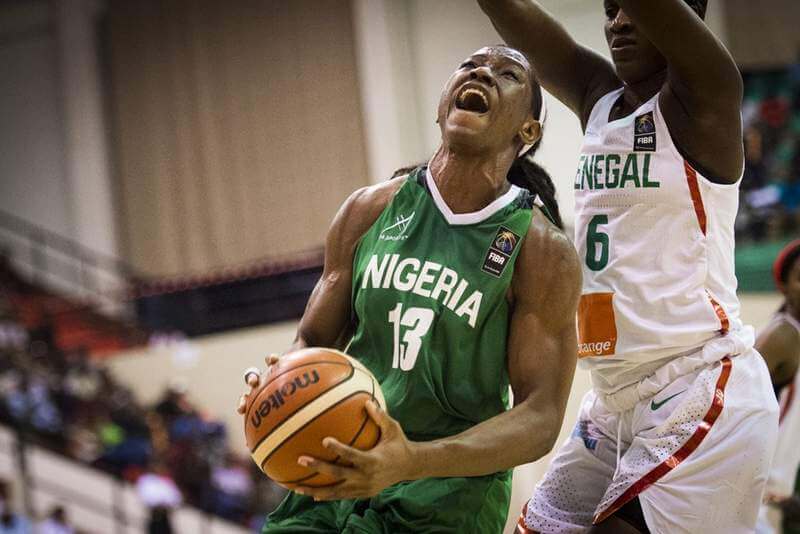 On Wednesday night, the Coach Sam Vincent girls defeated defending champions of the Afrobasket championship Senegal 58-54, making it five straight wins in five matches in Group stage of the competition.

Both sides had already booked their places in the quarter-finals by virtue of winning their previous group B matches prior to the game.

Nigeria triumphed in the first quarter 14-13, at half time D’ Tigress’ were ahead 34-26 and by the time the third quarter had ended, the Nigerian girls were still flying higher than their opponents, leading 48-41 after Senegal gave them a scare by cutting the deficit to four points at some point in the quarter.

Evelyn Akhator, a forward/center with the Dallas Wings of the Women’s National Basketball Association continued her impressive performances with 15 points and 10 rebounds to her credit.

D’Tigress have now beaten Mozambique, Congo, Egypt, Guinea and Senegal in the 2017 championship, marking the Nigerians as favourites to win the title.

Angola, Egypt, Mali, Mozambique, Nigeria, Senegal, Cote d’Ivoire and Cameroon are the teams that have already secured their tickets for last eight.

All the quarter-final matches will be played on Friday, with Mozambique up against Angola in the opening match of the day.

Just In: Drama In Tokyo As D’Tigress Lose To USA In First Olympic Appearance…