After Saraki’s Fall, Is Tinubu Next? 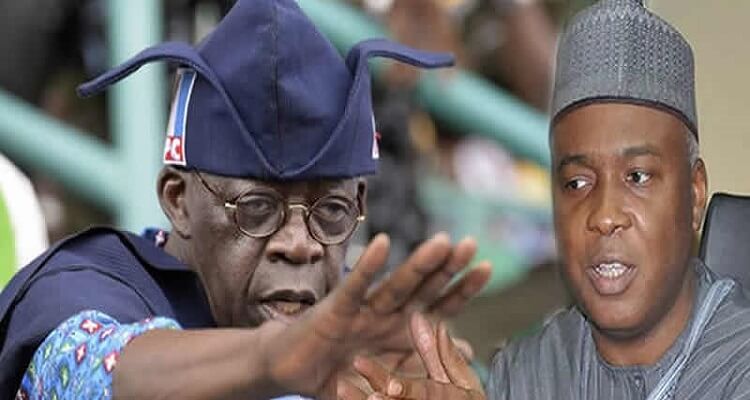 Dynasties rise and fall. It is a natural order.

But there are factors which precipitate the declension of dynasties. For example, the rise and fall of Chinese dynasties was influenced by changes in weather conditions such as drought and famine. When the people are starving and dying of thirst they revolt against their emperors.

The eclipsing of Senate President Bukola Saraki in Kwara state reinforces the power of citizens’ revolt. Mass revolts through the ballot are still potent. It is evident the people of the state have simply grown weary of a unilateral influence and control.

According to an analysis by TheCable, many of the voters did not even know who Saraki’s challenger was. They were poignantly driven by a slogan, which resonated with them, “O to ge”.

I believe the excruciating defeat of Saraki in Kwara marks the end of a political era in the state. But is there another political dynasty of which sunset is nigh?

According to the results released by INEC so far, the PDP won in Ondo state; surprisingly made a very good show in Osun state, and it won in Oyo state as well. This shows that the south-west is conscientious about its actions and it is shaking off the fetters of unilateral influence and control.

I could imagine the Jagaban of Borgu at the height of his powers in the early 2000s, when he dictated the pace and play of politics in the south-west. Wherever he goes, the region goes.

In September, 2018, after the Osun gubernatorial election, I wrote that the outcome of the exercise showed the waning influence of the Jagaban. The 2019 presidential election voting distribution in the south-west accents this position.

Besides this, is there no possibility that President Buhari will consign the Jagaban to a space of irrelevance when he returns like he did after the 2015 elections? Remi Tinubu had once at the senate chamber lamented of how the Jagaban was relegated to the background immediately after the APC won the election.

It is really hard to say. But the rain falls even after a long period of sunshine.

Nigerians will eventually be free.

Fredrick is a media personality and lives in Abuja.

Reporter’s Diary: How Nigerian Soldiers Attacked Me On Election Day