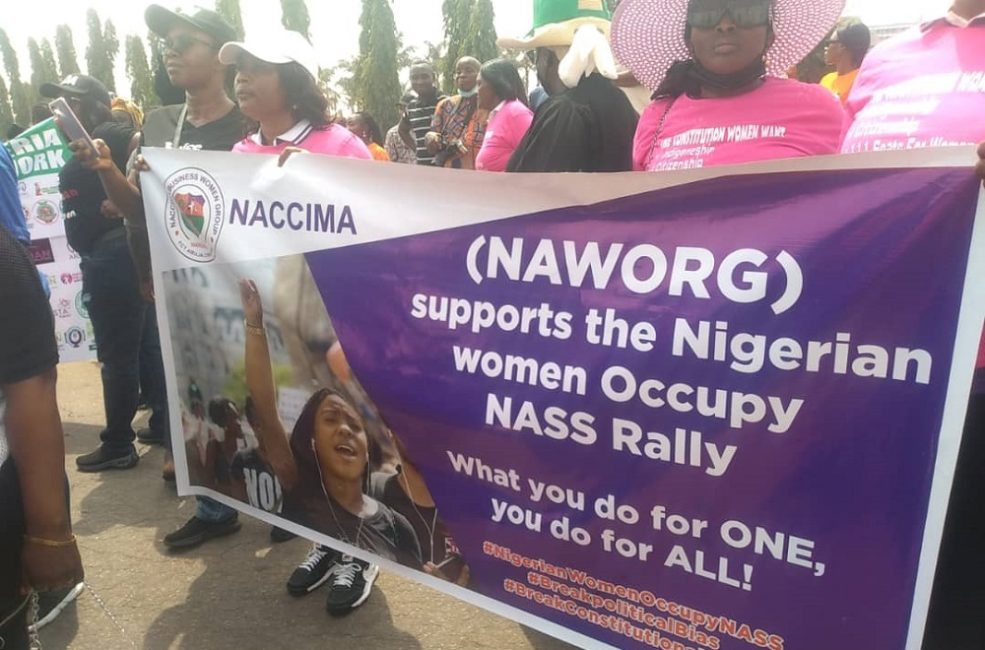 As the global community marks the International Women’s Day, hundreds of Nigerian women on Tuesday stormed the National Assembly on Tuesday to protest the rejection of the bill on women inclusiveness.

The women, under the aegis of Nigerian Women Groups, had last week protested against the action of the lawmakers.

They had promised to return if the decision was not reversed.

Members of the National Assembly had voted against the bill, arguing that some of the provisions contained in the proposal were not properly defined.

The women who came out in their large numbers, urged the lawmakers to reconsider the bills for the purpose of gender balance.

Speaking during the protest, the Executive Director, Center for Democracy and Development, Idayat Hassaan, urged the lawmakers to reconsider the bill and give women more rights.

She said, “We constitute about 49 percent of the population and we are all the same, they should sign our bill.”

Also speaking, the former Inter-Party Advisory Council, Peter Ameh, called on the National Assembly to reconsider and pass the bill.

“For Nigeria to move forward, we must include women in governance,  we must give them equal opportunity in government,” he said.

The co-founder of YIAGA Africa, Samson  Itodo, urged women to punish lawmakers who voted against the bill if they don’t revisit the bill.

“All they need to do is pass it no,” he said

Currently,  no member of the National Assembly has spoken to the protesting women.