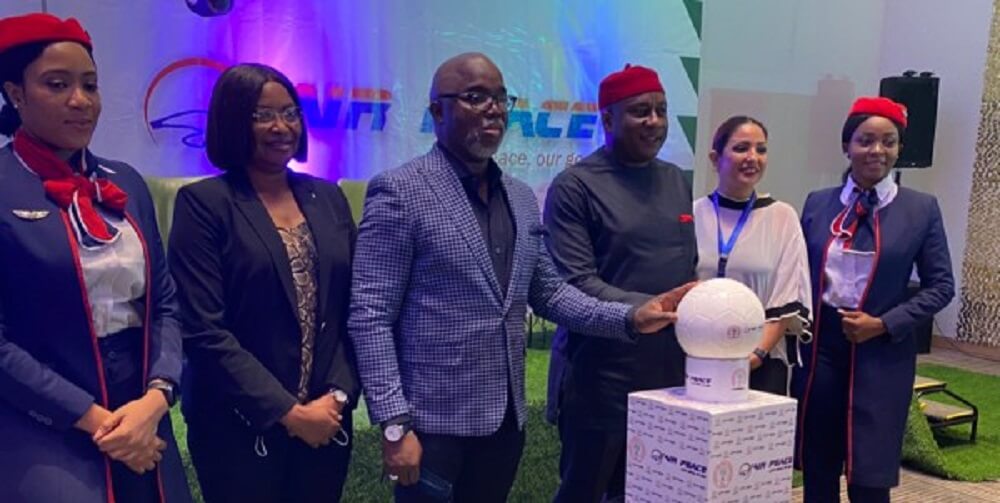 Air Peace has entered a partnership with the Nigerian Football Federation to be the official airline of the national team.

NFF President, Amaju Pinnick, who led an NFF team on Wednesday said part of the terms is that the airline would invest a cash of N200m and another N100m in form of support.

Based on the deal, the Super Eagles will fly on the plane over the next four years, according to Pinnick.

“We now have an official plane to fly the team to and from away games. It is one of the newest planes in the world,” the News Agency of Nigeria quoted the NFF boss.

He continued, “We are working very hard to ensure that the players in the EPL travel with us to Cape Verde.

“Air Peace has been at the vanguard of promoting national peace and unity.

“We decided to partner with the airline because it is truly nationalistic.”

Chairman of Air Peace, Mr Allen Onyema, said that the airline is making the move despite the huge challenges faced in the aviation industry.

Onyema said, “I am proud of the NFF President’s efforts.

“We should embrace and promote a united Nigeria irrespective of ethnicity, religion, culture and tradition.

“We should come together to support the administration of President Muhammadu Buhari.

“This present government has impacted more indigenous companies; Air Peace is a beneficiary.”