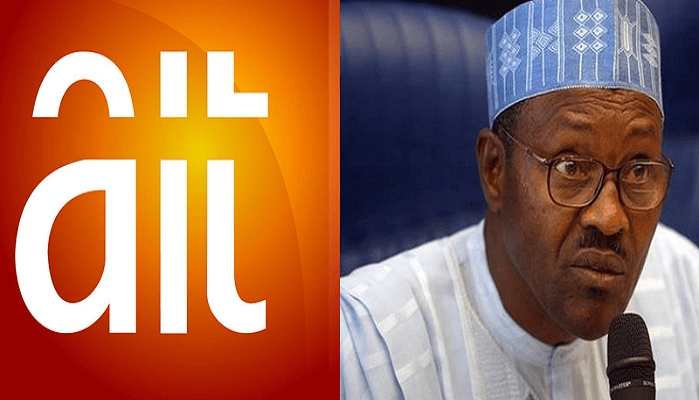 DAAR Communications Plc, owners of Africa Independent Television, AIT, has denied having any link with the purported death of President Muhammadu Buhari.

This is coming few days after an obviously fake Facebook account, under the AIT brand, published the news of the President’s death.

It would be recalled that reports had emerged over the weekend, after Buhari embarked on a 10-day vacation, that the President had died in London during his medical checkup.

The Presidency has since rubbished the report, as it released a picture of Buhari while on vacation in London.

The statement reads: “The attention of the Management of DAAR Communications Plc has been drawn to a FACEBOOK Account purportedly being operated by our Organization.

“A report was published on the FACEBOOK that the incumbent President of the Federal Republic of Nigeria, President; Muhammadu Buhari; who is currently on vacation in London has passed on.

“We wish to state the following facts

•We did not publish nor know anything about the report.

•None of our Correspondents in London filed such report.

“The Editorial Policy of our Organization is that any of our Correspondents is mandated to file all their reports for vetting and approval before publication which can only originate from our headquarters No Correspondent could individually on his or her own decision publish or cause to be published any story.

“The FACEBOOK Account is the brain child of a faceless and mischievous group whose despicable activities must be investigated by security agencies because of the unpleasant consequences.

“We wish to state that AIT runs an official on-line site for News which is not available for use by outsiders.

“We dissociate ourselves completely from anything contained in the said report which is a figment of the imagination of the authors.