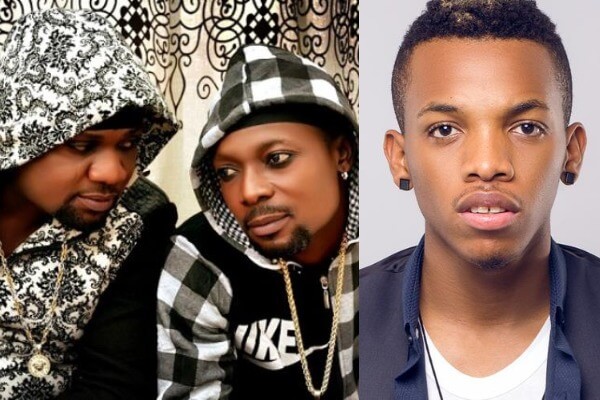 According to him, they did not collect money because they believed the deed has been done as there is no reverse in the case.

Prior to this, Danfo Drivers were pictured with the jogodo crooner few days after they accused him of sampling their song without consent.

I Find It Difficult Being With One Woman- Tekno

Speaking with GoldmyneTV, Mountain Black said they had forgiven Tekno after paying them a visit in Abuja on Wednesday. But, he quickly noted that they didn’t collect money from him as compensation.

He said: “We didn’t collect any money from Tekno; you can ask him. The deed has been done; we cannot reverse it any longer. He planned to release the video of the song last week. He asked if he could go ahead and we gave him our permission. But I told him we could do a remix later.”

Black, further revealed they wouldn’t have spoken out angrily if he had complied. According to him, they had earlier agreed that they would see at the Eko Hotel in Lagos after the Headies Award, but he refused to pick their calls.

“Why would you release a job without telling the owner of the song? When he called that he wanted to see us, I told him we were busy, but we should meet at the Headies and he said it was okay. We were invited for the Headies at the Eko Hotel and he lives very close. On that day, we called him, and he was not picking up. That was why I granted an interview where I said we were looking for Tekno.” Black added.

I Find It Difficult Being With One Woman- Tekno