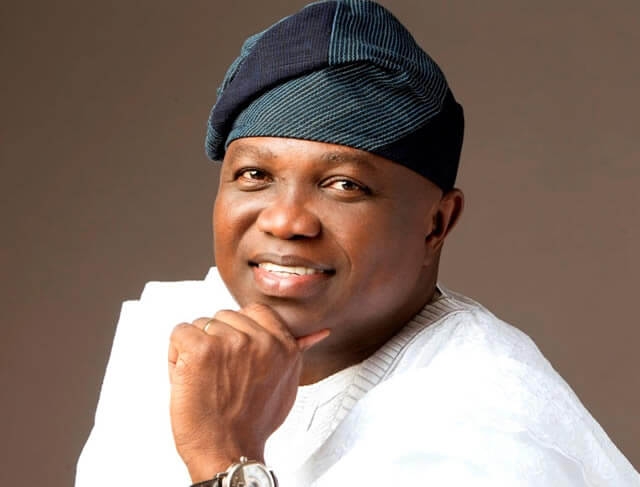 Speaking at the forum which took place at the Regis Hotel, New York, USA, Ambode said since he assumed office on May 29, 2015, efforts have been geared towards creating a conducive and friendly environment for investors and for businesses to thrive.

Ambode was represented by the Commissioner for Wealth Creation and Employment, Mr. Babatunde Durosinmi-Etti, who apologised for Ambode’s absence to receive the award.

He said that the governor acknowledged the importance of the event hence his decision to send a powerful delegation including Durosinmi-Etti; the Commissioner for Information and Strategy, Mr. Steve Ayorinde; his Special Adviser on Overseas Affairs and Investment, Professor Ademola Abass; and his Chief Press Secretary, Mr. Habib Aruna, to represent him.

The governor, in his remarks shortly after receiving the award, said the security and judicial reforms which he initiated at the commencement of his administration and the creation of the Office of Overseas Affairs and Investment were part of efforts to reduce the burden of bureaucracy and security concerns for would-be investors.

He said Lagos is also playing a leading role in the Nigeria economy, and as such must not shy away in ensuring that it takes the lead as Nigeria restrategises to restructure its economy for greater prosperity.

JUST IN: Dangote Drops To 72nd Richest Man As Networth Decline By $300m

His words, “Lagos as the fifth largest economy in Africa is like a country and with the momentum with which the state is moving, it might soon emerge as the biggest economy in Africa. It is home to almost every religion, tribe and colour and accommodates the largest pool of black people all over the world, including Africa’s richest man, Alhaji Aliko Dangote, who is from Nigeria and has a home in Lagos.”

Publisher and Chief Executive Officer of African Leadership Magazine, Mr. Ken Giami while thanking participants for finding time to honour the occasion, said the focus of the forum was for good governance and how it could impact on the African continent.

Giami’s words, “We have to connect, build bridges and cultivate both intra and inter African interests and connection, continue discussion and conversation on how to move Africa forward.

“A continent that has all the natural resources but still at the lowest ebb in the rank of other continents, needs trade and investment because there are many opportunities that abound in Africa. This is the time for countries all over the world to explore the resources that abound in the continent to make the world a better place for us.”

Other recipients of the African Leadership Awards at the event include the President of Malawi, Prof. Arthur Peter Mutharika; President of Burkina Faso, Mr. Roch Marc Christian Kabore; Vice President of South Sudan, Mr. Taban Deng Gai, among others.

Just in: Aliko Dangote’s Only Brother Sani Dies In US Hospital