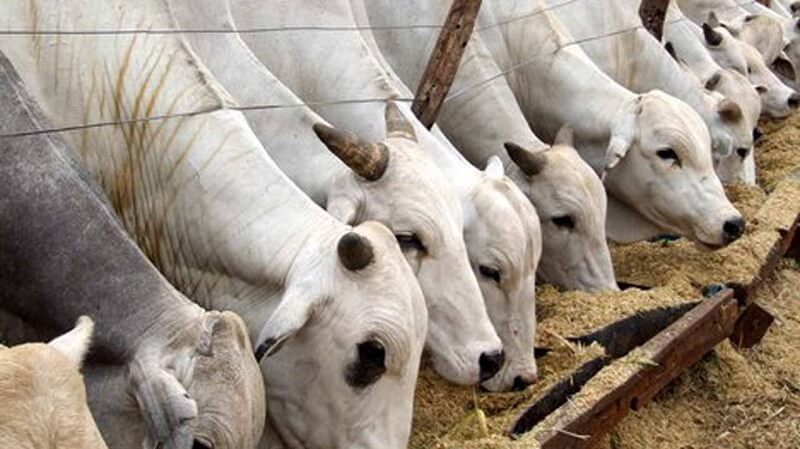 Herdsmen with herds of cattle of more than 1,000 were forced to leave Osun State territory on Thursday by men of the Amotekun.

The pastoralists and their animals had arrived in Osogbo, the Osun State capital, from Ogbomoso in Oyo State but Amotekun corps did not allow them to settle there before forcing them to leave the state.

According to a video in circulation, the animals and the herders moved through Dele Yes Sir area through Ring Road.

It was observed that some of the cattle were saddled with the belongings of the herdsmen.

There were rumours in some quarters that some herdsmen had invaded parts of Osogbo.

But the Field Commander of Osun Amotekun, Chief Amitolu Shittu, who confirmed the incident to journalists said it was not an invasion.

He said, “There is no reason for panic. Those herders wanted to be unruly but our men stayed with them and made sure they were escorted out of the state.”

Recall that Open grazing has been banned in South-West states including Osun State.

Governor Gboyega Oyetola had on September 15, 2021 signed the anti open grazing bill into law in the state.

The governor had said, “We have notified the security agencies that will enforce the law in every part of the state, so, it is a crime to practice open grazing in Osun state.

“Osun State is one of the most peaceful states in the country, we have fewer challenges of herders invading people farm to destroy the crop or attacking farmer because we had in place Committee on Peaceful Co-Existence between Fulani/Bororo and Crop Farmers led by Hon Mudasiru Toogun to foster peace between these communities.

“Any person or group who contravenes the provisions of subsections (1) and (2) of this section shall be guilty of an offence and shall be liable to terms of imprisonment of not less than 3 years without the option of fine as well as forfeiture of the herds of Cattle or livestock under his or her control to the State Government.”

He noted that the conveyance of livestock on foot from one destination to another in the State is prohibited, except such movement is by Rail Wagon or Truck or pick-up wagon and is within 7:00 am to 6:00 pm.

Paddy Scarcity May Raise Price Of Rice To N40,000—-Stakeholder

You Have Gone ‘ Beyond And Above’ What We Expect From EndSARS…

In The Midst Of ‘Unimaginable Misery’ Akeredolu Splashes N1.5b On Cars For Self,…

In The Midst Of ‘Unimaginable Misery’ Akeredolu Splashes N1.5b On Cars For Self, Wife–PDP