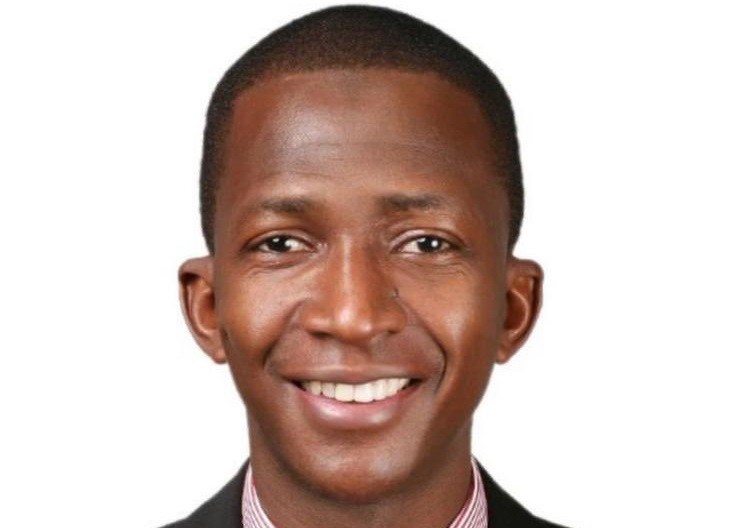 Youthful Mr. Abdulrasheed Bawa was nominated by President Muhammadu Buhari as substantive chairman of the Economic and Financial Crimes Commission (EFCC) on February 16 2021. This was confirmed by the National Assembly (NASS) on February 24.

With ten challenging months on the saddle, Bawa, buffeted both by contrived and real headwinds and a system in the throes of change, the anti-crime boss is firmly holding his ground and facing down shadowy forces which have vowed to swamp and bleed-out the nation with financial and economic criminality.

Significantly, Bawa has spent all his working life at the EFCC since joining in 2004 and becoming part of the inaugural class of EFCC Cadet Officers (Course One) in 2005. His career to-date indisputably exemplifies that of a trailblazer. His achievements and records in his various postings speak to focus, discipline and an unswerving tenacity to deliver on his responsibilities. In effect, he came prepared.

There were recoveries by the agency of over 25 automobiles, five watercraft, 36 real estate assets, one factory, a filling station and recovered petroleum products and more.

There were 185 convictions secured from 367 cases filed across zonal offices. On the capital projects front, the EFCC chairman ensured the renovation and furnishing of the commission’s training institution, EFCC Academy, Karu, Abuja.

He also directed the construction of a Tactical Operating Centre (TOC) in the Lagos Zonal Office and ensured the procurement of a fleet of official vehicles and ambulances to enhance the commission’s activities, among others.

The commission also launched an application designed to ease the process of reporting economic and financial crimes in the country. Bawa himself revealed this mid July 14, while unveiling the app called Eagle Eye. According to the anti-crime boss, the app complements existing channels of reporting crimes, clarifying it is a friendly application with features that can be navigated by any literate person. All these were within his first 100 days as the Commission’s boss.

The EFCC has also intensified accommodation of the use of technology in all its mandate areas and is working on several policy documents that will improve its effectiveness.

It could be recalled that in late September, the Commission’s spokesperson, Wilson Uwujaren, revealed the Commission had secured 978 convictions so far in 2021. This specific data was disclosed when Bawa paid a courtesy visit to the Administrator of the National Judicial Institute (NJI), Salisu Garba, at Jabi, Abuja.

Hear Bawa: “At the last count, we have 978 convictions this year…and secured hundreds of forfeiture orders leading to the recoveries of billions of Naira for various state governments and individuals, which is a testament to the fact that the judiciary is cooperating with us.”

The EFCC boss who had ostensibly visited to promote the cordial relationship between the NJI and the Commission, correctly noted that, “the NJI has been with us in our capacity building for judges, justices, investigators and prosecutors in the areas that we feel we need to develop ourselves for the betterment of administration of criminal justice system”.

A major, impactful operational policy move was that in September, the Commission under Bawa, rolled out its Strategic Plan 2021-2025 which blueprint prioritises prevention over enforcement and emphasises public education, engagement, intelligence-driven investigation. It was indisputably a proactive move towards top-draw operational efficiency.

Perhaps not surprisingly, the European Union (EU), United Kingdom (UK), and the United States Federal Bureau of Investigation (FBI) hailed the plan and pledged their total support. According to the Country Representative of the United Nations Office on Drugs and Crime (UNODC), Dr. Oliver Stolpe, the plan had set out clear and established targets for the commission.

Interestingly, EFCC’s international partners joined Bawa, to unveil the strategic plan targeted at improving its performance. The document, titled, “Economic and Financial Crimes Commission Strategic Plan 2021-2025,” was unveiled at the EFCC headquarters in Abuja. The EU, UK, the National Assembly, and FBI hailed the document as pointer to a better future for Nigeria.

In further explication, Bawa said the plan was occasioned by the fact that economic and financial crimes remained a major impediment to the sustainable growth and development of the country. “It is in recognition of the devastating effects of these crimes and the (fact that) failure to address the menace will continue to hinder our development efforts as a sovereign nation, that the Federal Government of Nigeria established the Economic and Financial Crimes Commission (EFCC) in 2002,” he stated.

More on the strategic plan, the EFCC boss explained that, “The EFCC Strategic Plan 2021-2025 has been designed consistent with the pillars of National Anti-Corruption Strategy (NACS) 2017-2021, which is anchored on five pillars, namely, prevention, public engagement, ethical re-orientation, enforcement and sanctions, recovery and management of proceeds of crime.”

Noteworthy is the fact that each of the pillars had a corresponding technical objective and activity designed to achieve the Plan’s objective. The EFCC boss said the new strategic plan aimed to sustain the agency’s commitment to continuous improvement on the attainment of its vision.

Others are improving law enforcement coordination and collaboration with relevant stakeholders, and enhancement of institutional capacity and human capital.

There has been criticisms against Bawa, some well-meaning and constructive by genuine folks while many are by detractors bent on derailing the anti-corruption war. Though Bawa has proactively reached out to the NJI and acknowledged their cooperation, much ground remains to be covered by the later to achieve accelerated disposition of cases and reduction in needless adjournments.

Bawa has also been accused by some of media trial of suspects instead of proper investigation and arraignment. While this allegation may have been an old culture at the agency, the new Bawa-led management is working in over-drive to despatch that narrative. Allegations of agency staff indiscipline are also being sternly confronted under the new administration.

On his appointment, Bawa clearly promised that the EFCC would continue to “do what is right,” “be professional” and “abide by the rule of law.” These fundamental enunciations continue to guide his leadership of the Commission.

It definitely cannot be denied that a strong vision draws in ideas, people and other resources. It creates the momentum and will to make change happen. It inspires individuals, complementary democratic organizations and institutions to commit, to persist and to give their best. Enlisting this enduring philosophy, Abdulrasheed Bawa has demonstrated high discipline, focus and persistence to change the nation’s story in the crime busting arena – despite extreme challenges.

Amidst the multifarious challenges, Bawa continues to maintain course and expand the boundaries of the nation’s anti-corruption warfare. He needs the support of patriotic Nigerians and lovers of democracy.

Between EFCC And Ex-prosecutor Obla: Prosecution Or Persecution?

Galaxy: The Unveiling Of A Voodoo Tycoon