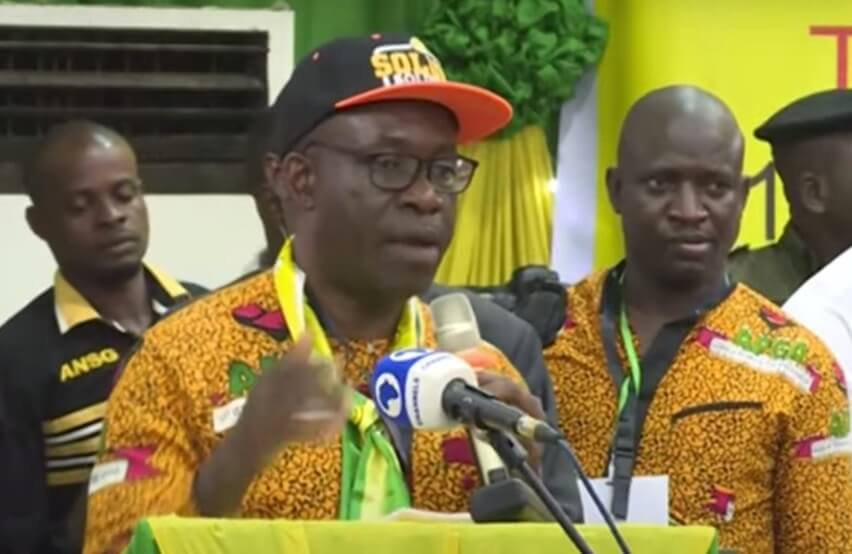 There’s palpable tension and anxiety as the candidate of the Progressives Grand Alliance, APGA, Mr Chukwuma Soludo, has not cast his vote at the time of filing this report at 12 noon.

Soludo and over 500 people who turned out to vote at Isuofia Ward 13, polling unit 002 have been waiting to cast their votes due to faulty card ready.

They have staged a protest against the malfunctioning of INEC card reader deployed to the unit saying it was a deliberate attempt to deny their candidate crucial votes to scuttle his chances of winning.

But close by at Isuofia polling unit 001, voting was reported to have commenced at about 9:21 am but only 15 voters have cast their ballots at about 10:30 am.

It was observed that residents came out in their numbers to exercise their franchise but INEC machines were either not working at all or working so slowly.

At Isuofia polling unit 005, voters equally lamented that since INEC polling officials started by 9:12 am only 20 voters were able to cast their ballots as of 11:00 am when our correspondent visited the polling unit.

A visually-impaired old man voiced out his frustration saying he was dissatisfied that despite INEC promises of being ready for the election, what was happening at the polling unit, unfortunately, was to the contrary.

The man who gave his name as Mr Udoka Okafor, said, “I have been here since 9:30 am but I have not been able to cast my vote. The INEC voting machine couldn’t read my fingerprint but I must exercise my franchise,” he told newsmen when approached for comment.