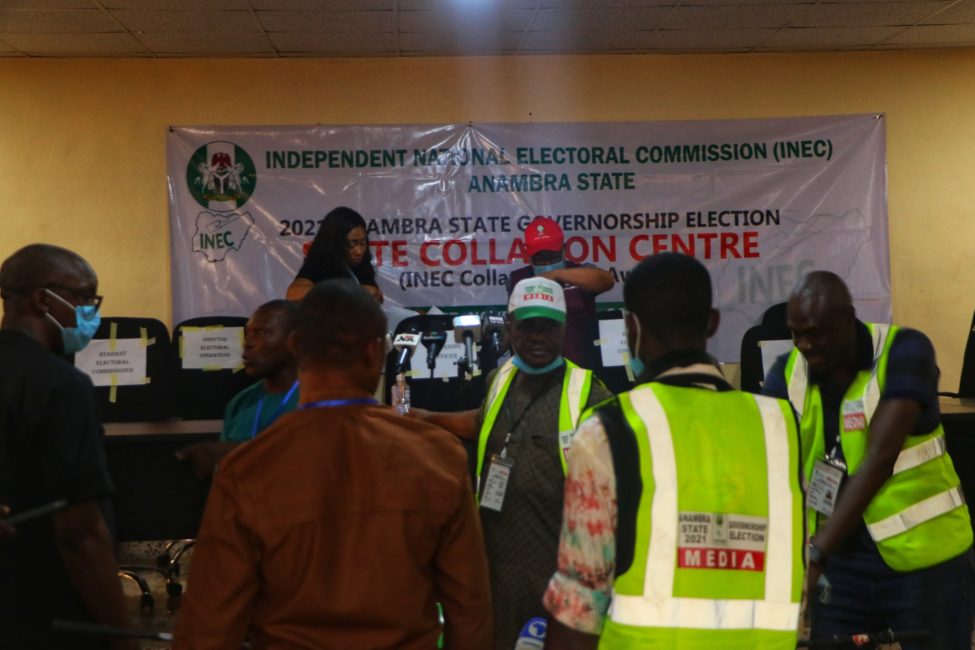 INEC rescheduled the election to hold on Saturday November 13, 2021, warning trouble makers to steer clear of all the venues when election will hold in Ihiala council area.

The officials, including those at Okohia Primary School Ihiala, refused to explain reason for the sudden turn of event.

But the Anambra State Commissioner for Information and Public Enlightenment, Mr. C Don Adinuba, explained to agencies that a notable politician in the area and his group planned to rig the election after perfecting similar plan in other areas of Ihiala, but some of them were arrested by security agents and following the confusion, INEC postponed the election.

It is the only local government that has seen a one week shift on balloting.

Meanwhile, out of the 11 local government areas so far declared, the candidate of All Progressives Grand Alliance, APGA, Professor Chukwuma Soludo has won 10, while the candidate of the Young Progressives Party, YPP, Senator Ifeanyi Ubah has won one.
The local government areas won by Soludo are Dunukofia, Awka South, Oyi, Ayamelum, Anaocha, Anambra East, Idemili South, Onitsha South and Njikoka.

The local government won by Ubah is his Nnewi North.

There were some upsets in the election. For instance, the former governor of the state and vice presidential candidate of PDP in the 2019 general election, Mr Peter Obi, lost his Anaocha Local Government to APGA.

The chairman of the PDP campaign council, Senator Uche Ekwunife, also lost to APGA in her Anaocha local government.

Similarly, the Minister of Labour and Employment, Senator Chris Ngige of APC lost his Idemili South Local Government to APGA, just as the deputy governor of the state, Dr Nkem Okeke, who defected to APC before the election, lost his Njikoka Local Government Area to APGA.

Nigerian Graduates Are Not Problem Solvers Because They’re Taught Outdated,…