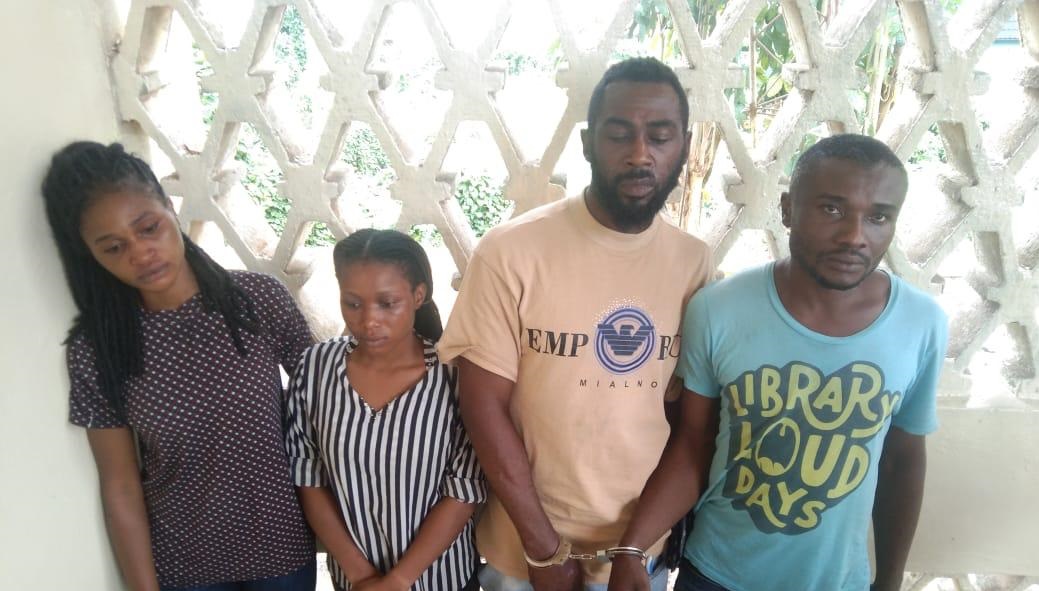 Four suspects who specialize in luring vulnerable men into amorous relations and exploiting their victims’ nudity were Thursday arrested by the Anambra State Police Command.

It was gathered that their victims were forced to pay ‘ransom’ after being snapped or have their nude pictures posted on the social media.

The state police public relations officer, DSP Tochukwu Ikenga, disclosed this in a release made available to THE WHISTLER in Awka.

Ikenga said the suspects were nabbed at Ajakpani village, Umuanya in Oyi Local Gocernment Area of the state.

He stated that, “The Anambra State police operatives on 18/8/2022 arrested four suspects at Ajakpani village, Umuanya in Oyi LGA for alleged conspiracy, demanding with menaces and stealing.

“Preliminary investigations revealed that the suspects used the social media to lure their unsuspecting male victims into fake love/friendship affairs.

“They, thereafter, take the victim to a room, where Obianuju Nduba engages the victim in a foreplay. The other members of the gang then force themselves into the room, take nude pictures/videos of the victims, which they use to force the victims into transferring huge sums of money to them, with the threat of publishing same on social media if the the victims fail to comply with their demands. They also dispossess the individuals of their personal belongings.

“The case shall be charged to court once investigations are concluded.”

Stress Can Give You Acne- Dermatologist

Anambra Hotel Shut Down Over Amorous Viral Video Of Students