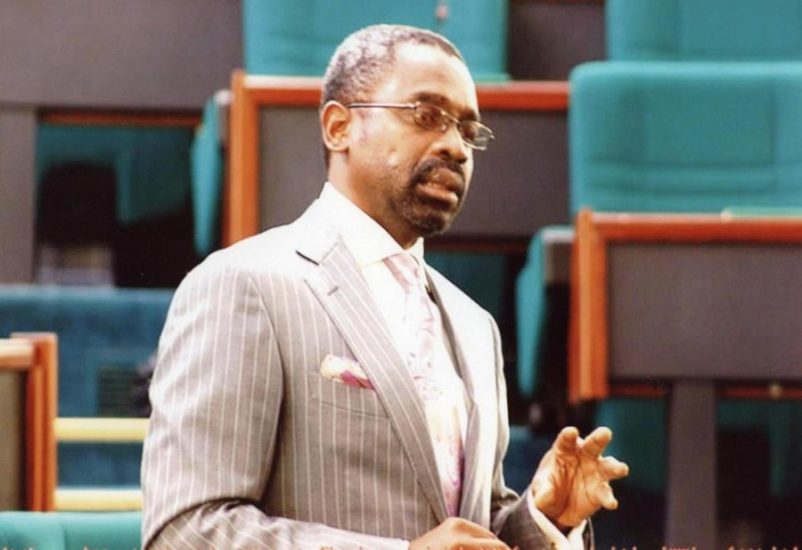 After hours of negotiations on Monday night, the leadership of the All Progressives Congress (APC) has proposed that its preferred candidate for majority leader, Femi Gbajabiamila, should become the deputy speaker.

A member of the house of reps disclosed that the proposal means that Mr Yusuf Lasun, the elected deputy speaker of the house, will have to voluntarily step down — since he can only be removed by two-thirds majority of the house and that is not thought to be on the cards.

However, The Deputy Speaker of the House of Representatives, Yusuf Lasun, had on Monday, rebuffed calls for his resignation to pave way for Femi Gbajabiamila to occupy the office, vowing not to be forced out and the issue remained unresolved even after the meeting ended ahead of the house resumption.

Earlier, The Deputy Speaker who hails from Ilobu in Osun State had said:  “Ilobu has been voting for progressives. My community is a big supporter of APC,

“I’m qualified to be the deputy speaker because my town contributed immensely to APC victory.

“You cannot reap where you did not sow, a total of 357 members of the House participated in my election and I scored 203 votes to emerge the deputy speaker. The election was televised live for the whole world to see.” He said.

Other highlights of the proposals include the choice of principal officers and composition of committees.

If the proposals are accepted, Gbajabiamila will become deputy speaker and will be allowed to nominate chairpersons for 60% of the “Grade A” committees, including finance.

“Grade A” committees are the most coveted in the house because of the influence and the financial clout.

“The only stumbling block now to the resolution of the crisis is Lasun, who has said he will not resign to allow Femi to become deputy speaker” The source said.

EFCC Holding Me Hostage In My House, Okorocha Cries Out

The source further said that if Lasun does not resign, Gbajabiamila may end up not occupying any position in the house adding that Gbajabiamila, having been minority leader for four years, can only be majority leader or deputy speaker.

“You cannot reasonably expect Femi to be chairman of any committee, so he may just take the back seat if the deputy speakership does not work out.

Addressing the lawmakers at the Monday meeting which ended without concrete resolution of the controversy surrounding the choice of principal officers in the House, President Buhari asked members of the House to ensure that they adhere to the party’s supremacy, as they resume to elect principal officers after the one month recess, stressing that “the party is supreme”.

Speaking with journalists after the meeting, Mr Femi Gbajabiamila said, “We are still talking. But I think this is the first time everybody is coming together in a cordial atmosphere. We came together for the first time as one family, with a lot of camaraderie. I think we are almost at the point where all of these would be behind us, hopefully by tomorrow (Tuesday).

“It is not about magic; it is about what should have been done a long time ago. We have finally sat down together and we will resolve it before the night, in a couple of hours.

“Whoever or whatever outside forces that might have been stoking the fire, I think we would put that to an end this evening at the meeting.”
The National Chairman of the APC, Chief John Odigie-Oyegun, who said a lot was achieved during the brief meeting also stated that the party would have a good news for the nation by Tuesday.

The party chairman said, “Everything is upbeat. You can see that I am smiling. You will be very surprised that a lot was achieved in 20 minutes.

Mr. Gbajabiamila, who was APCs choice for the position of Speaker, lost to Yakubu Dogara on the 9th of June.The option of deputy speakership was open to him after his defeat but the emotions of the moment truncated that option.

Lasun was voted deputy speaker, defeating Mohammed Monguno, who is in Gbajabiamila’s camp. He polled a total of 203 votes as against Monguno’s 153 votes.

How much water should you drink every day?