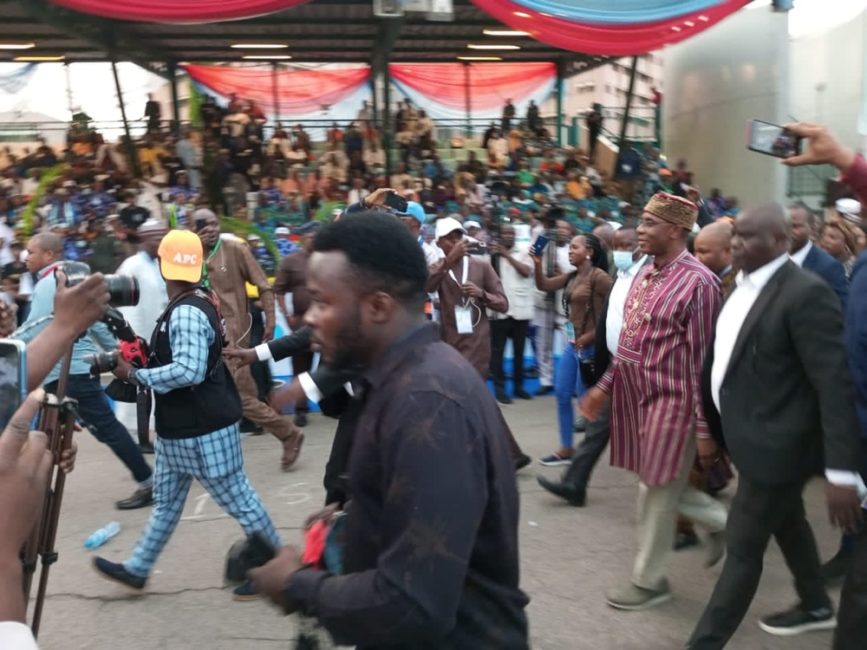 Delegates from Lagos State at the ongoing National Convention of the ruling All Progressives Congress, APC, booed Rotimi Amaechi, one of the presidential aspirants as he made his way into the venue.

Amaechi, the former Minister of Transportation, is one of the frontline aspirants.

The delegates from Lagos are supporting Bola Tinubu, one of the leading aspirants. Tinubu is expected to get the ticket of the party with firm controls of delegates from multiple states.

When THE WHISTLER spoke with one of the delegates, he said “no one wins the APC ticket except the Lion of Bourdillon,” the name Tinubu is popularly called.

A female aspirant who gave her name as Lola said “We are all voting Asiwaju. Tinubu will win whether Ameachi likes it or not. That’s why we booed him.”