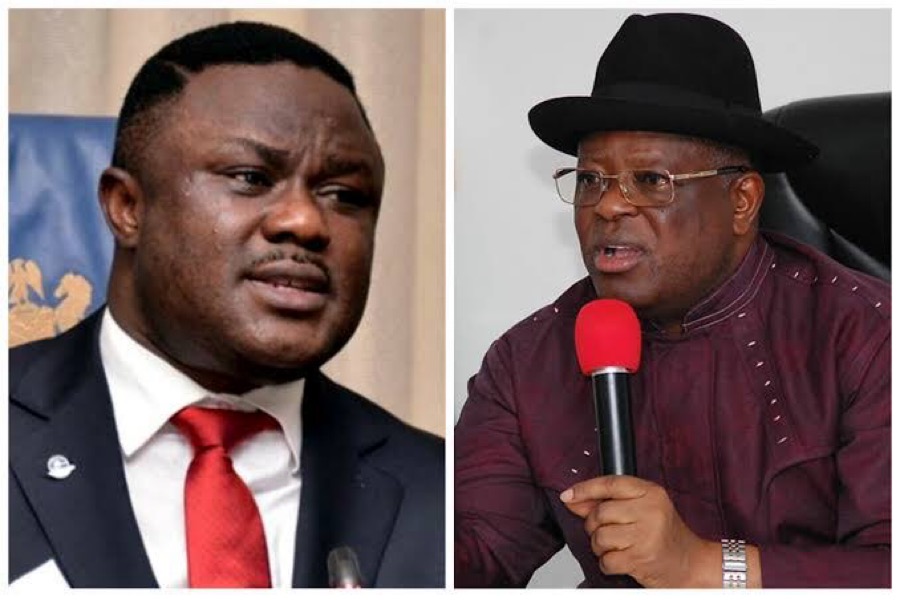 For tilting the presidential ticket towards the South West zone of the All Progressives Congress, APC, Governors Ben Ayade and Dave Umahi feel betrayed and have expressed frustration at the 2023 signals coming from their party.

The clash of interests was blown open last Saturday when Ayade, who’s the Governor of Cross River State, replaced some members of his cabinet cleared by the National Working Committee, NWC, of the party to contest various party positions.

Multiple sources confirmed THE WHISTLER finding that the caretaker Committee of the APC had given Ayade 60% of the available offices, including the state party Chairman, Financial Secretary, State Publicity Secretary, Treasurer and others while reserving the positions of state Deputy Chairman, Secretary, Auditor and some deputy roles for old members of the party.

However, the governor is frustrated by what he considered an undue advantage given to a presidential hopeful when the party registered a partisan group loyal to Bola Tinubu, APC’s National Leader, and the various comments of highly placed party members.

He considered the move a subtle endorsement of Tinubu after the party had allegedly promised to support him in 2023.

Ayade told close associates that “no state party position should be given to people who can’t keep their promises.”

He went ahead to ensure they got none as Alphonsus Eba emerged as APC Chairman in Cross River State.

It was gathered that as the Congress electing Mr Eba was going on, the old APC members were also holding a parallel congress. They elected their members including those rejected by Ayade.

A very close associate of the governor confided in THE WHISTLER that the Chairman of the APC caretaker Committee, Mai Mala Buni, “No longer pick calls after leading him into the APC with a huge promise of ensuring Ayade emerges presidential candidate of the party.”

He explained that Ayade was told all the President Muhammadu Buhari’s support groups, including several youth groups in the North would align with his Presidential aspiration.

According to him, “The anger of the governor is that someone in the South West, a former governor is being given undue advantage. He is the one being talked about. Recently, a partisan group was accepted and registered to promote his interest.

“While it’s too early to say but it’s better to start early, they (APC) have not hidden their support for one man in the South West, which we consider inappropriate because they are giving this man undue advantage. They are telling the man ‘the APC presidential ticket is yours’!

Few days ago, the APC registered the Nigerian in Diaspora for Asiwaju, NDA, a partisan group that has begun promoting the presidential bid of Mr Tinubu.

Also, the Arewa Youth Alliance for 2023 headed by Mr. Bello Lawan on Thursday in a statement urged all political parties in the country to commence a process of adopting Tinubu as the sole candidate for Nigeria’s President in 2023 adding that “majority of the youths from Northern Nigeria are waiting for the time to elect him as their President.”
Reacting to the development, a serving Commissioner in Mr Ayade’s government, who preferred not to be named told THE WHISTLER that, “It’s very wrong.

“Party politics is not played this way,” he said adding that “the system in APC is even worse than the People’s Democratic Party, PDP, that we just left.

“How can you promise a man that he would have the presidential ticket; that the North would prefer a southern minority from the South South to be the next president and you quickly turn around to do the opposite?

“A lot of negotiations went into wooing the governor into the APC. If you remember, it took the governor a lot of times before he finally accepted.

“One is not crying wolf or saying all is lost but a gentleman agreement should be a gentleman agreement. With the way APC leadership is going, they would create more problem because the same man they are promoting would scatter the party if they turned around to deny him the ticket.

“Again, let me tell you something that was discussed and promised his Excellency (Ayade) before he decamped. He was told that he would be instrumental to who emerges the APC National Chairman when the National convention is held.

“But there’s no more discussion as to who would be the person anointed. The Chairman of the caretaker Committee who visited Calabar on the day his Excellency decamped; who spent much time on phone with the governor and sent messages upon messages to him, no longer pick calls.

“In due course, we would possibly publish the message exchanges because the promises are there,” he said.

On his part, Mr Umahi in a similar dilemma as Ayade, has also been fighting back.

He’s exploding on the APC NWC which agreed a 50/50 sharing formula for party positions in the state.

But the governor denied the old APC the chance of making it into the state’s party executive . A source revealed that the governor said he had to consolidate his position.

Mr Umahi has been indirectly criticising the APC by saying that the South East must produce the next Nigerian President, urging all parties to ensure their presidential candidates come from the South East.

THE WHISTLER was told by a member of the APC NWC that the governor was indeed promised the Presidential ticket.

“The Governor was promised the Presidential ticket. It was discussed that, to create peace and quell dissent going on in the South East, the Zone should be allowed to produce the candidate for the next election.

“And it was agreed that the best candidate from the zone was Dave Umahi, the Ebonyi State Governor.

“It appears that’s not going well as we hear Ben Ayade of Cross River was also promised the same thing. There’s Bola Tinubu who is waxing stronger and being favoured by the party, is strategizing to ensure he emerges next year.

“That’s party politics for you. My advice for Umahi and all those southerners who were promised the presidential ticket is to stay calm. Yes, the sign is ominous but let’s watch and see.”

Women Are Also Guilty Of Crimes Against Females –Activist

‘Publishers Now Beg Marketers Not To Pirate Their Books’