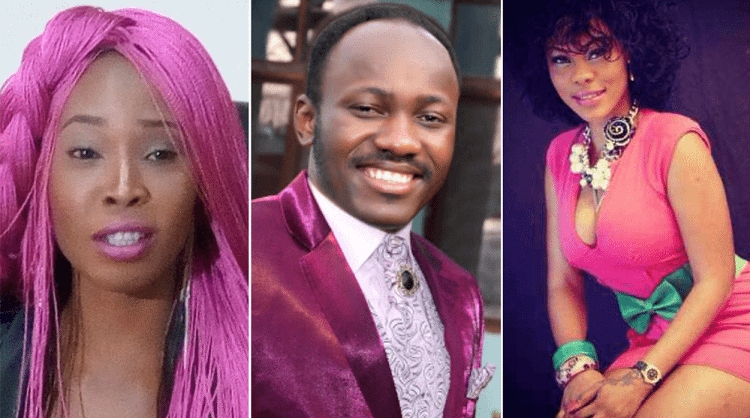 Nollywood actress, Daniella Okeke has finally reacted to allegations that she had an affair with the General Overseer of Omega Fire Ministries, Apostle Johnson Suleman.

Recall that Suleman’s self-proclaimed lover Stephanie Otobo’s claimed that the cleric had an amorous relationship with the actress.

A report published by Sahara Reporters, further revealed that Suleman acquired a N160 million duplex located in Mende Maryland, Lagos and a $76,000 brand-new Mercedes-Benz 450 GL for the actress.

Okeke, who kept mute over the allegation, has however revealed that her silence was in “adherence to my lawyers counsels.

“I have been mute since I read some funny fallacies. My lawyers will do the talking but for sure a lot of people will go down for getting my name involved in something I had no business with.so be careful about what you say or write about me my being mute is for legal reasons.

“Lies I have not spoken to anyone on the phone or made any comment on any social media platform to any media house or blogger. So, please stop all these fake lies and stories,” the actress wrote on her Instagram page.”

Why Some Nollywood Celebrities Are Left To Die–Duker