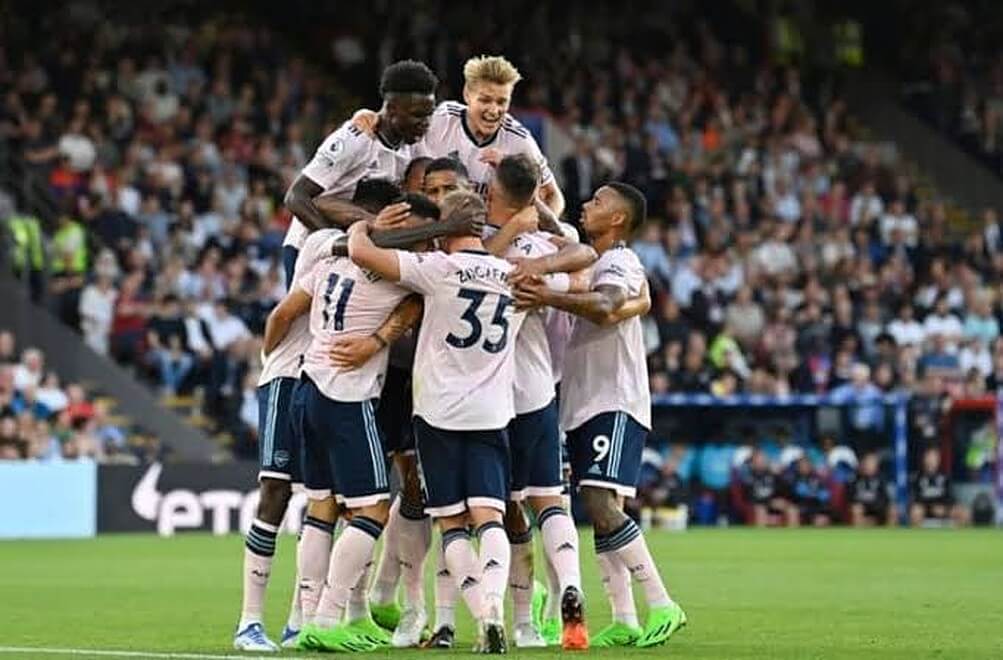 Gabriel Martinelli’s 20th minute header put the Gunners ahead in the first half before a Marc Guehi own goal in the 85th minute sealed the win and secured all three points to move Arsenal to the top of the premier league.

After enduring a fortuitous last season, Mikel Arteta’s men showed an exceptional display of determination, dominating the London derby at the Selhurst Park.

With the win Arsenal are off to a promising start as they hope to secure champions league football ahead of next season.