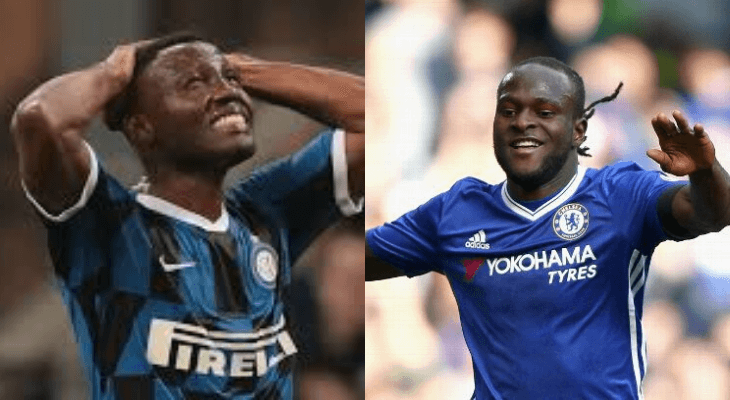 Inter Milan have replaced Kwadwo Asamoah with Super Eagles forward, Victor Moses in the knockout stage matches of the UEFA Europa League this season after the Nigerian made an impressive Seria A debut.

The 31 years old Ghanaian was not included in Antonio Conte’s selection on Monday while the Nigerian made the 22-man team for the competition.

Asamoah featured in three games in the group stage of the EUFA Champions League where they could not make it through to the round of 16, as they crashed out after ending third place in Group F with 7 points.

The Ghanaian last played for the club in their league game against Roma on December 6 when he came on as a substitute in 72nd-minute substitute, as he has been battling to regain match fitness after recovering from a knee injury.

Moses completed a six-month loan from Chelsea early January, where he reunited with  Conte his boss at Chelsea and has played two games for Inter since his transfer, with a Serie A debut on Sunday.

Inter Milan will face Bulgarian club Ludogorets in the secondary Europe league- Europa League Round of 32 with the first-leg on February 20.