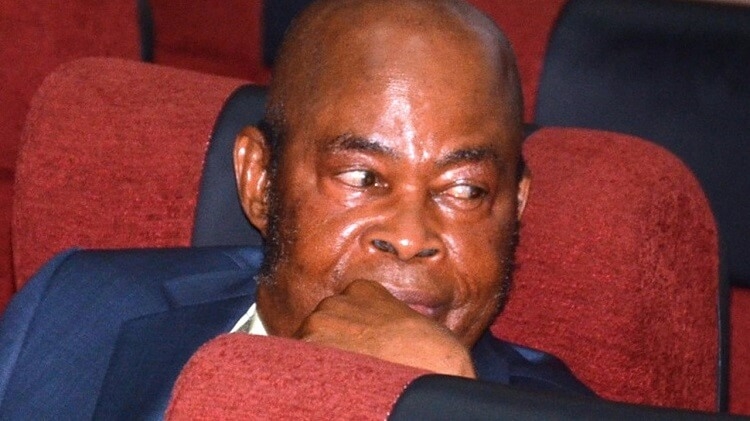 Justice Sylvester Ngwuta of the Supreme Court is to be arraigned before the Code of Conduct Tribunal (CCT) on April 20, an official said on Wednesday.

The tribunal’s Head of Press and Public Relations, Mr Ibraheem Alhassan, said in a statement in Abuja that Ngwuta would appear before a two-man panel over alleged false asset declaration.

Alhassan said that summons had already been served the judicial officer.

The News Agency of Nigeria (NAN) reports that the Federal Government preferred a 10-count charge against Ngwuta before the tribunal.

According to Malami, false declaration of assets is punishable under Section 23 (2) of the Act.

Kuje Jailbreak: Police Arrest Another Escapee As FG Set To Ban Use Of Motorcycles In Abuja

NAN reports that Ngwuta is one of the judges from whose residences, the Department of State Service (DSS) claimed it uncovered huge sums of money in various denominations.

The DSS raided the judges’ residences in October, 2016.

The Federal Government which preferred that charge, said that Ngwuta contravened Section 15 (2) (d) of the Money Laundering (Prohibition) Act, 2012 (as amended).

It added that the offences are punishable under Section 15 (3) of the Act.

If Dogara’s Pay Slip Is Authentic, Then I Earn More Than Him – Jibrin

Kuje Jailbreak: Police Arrest Another Escapee As FG Set To Ban Use Of Motorcycles In…