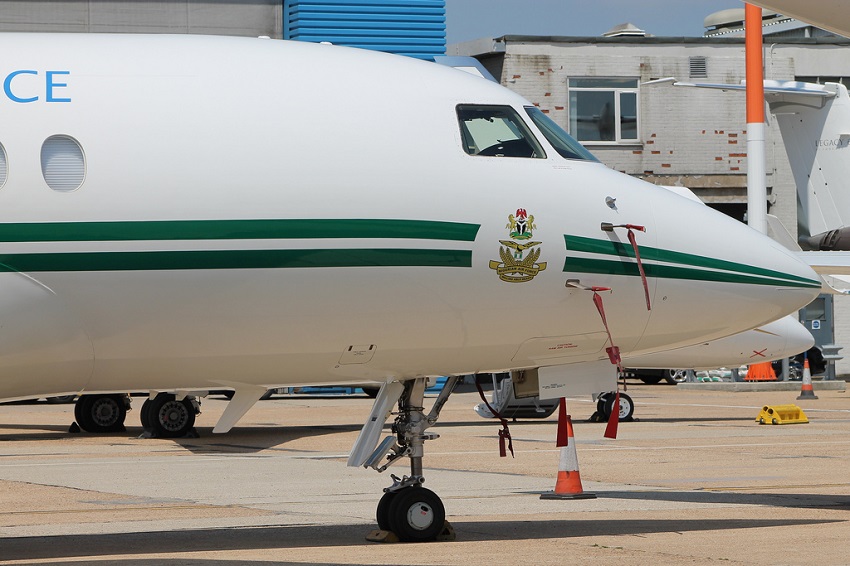 President Muhammadu Buhari and Vice President Yemi Osinbajo’s aircraft may be denied landing at the Nnamdi Azikiwe International Airport should the National Association of Nigerian Students (NANS) make good its threat to ground airports in the country from Monday.

President Buhari is currently out of the country attending the 77th session of the UN General Assembly in New York while Vice President Osinbajo is in the UK for the final internment of Late Queen Elizabeth II.

NANs, which has been protesting against the Federal Government over the strike by the Academic Staff Union of Universities (ASUU), insisted that it will shut down international airports tomorrow despite appeals from different quarters.

The association made the declaration after the Speaker of the House of Representatives, Femi Gbajabiamila, promised to meet with the ASUU leadership to intervene regarding the strike.

Speaking in a statement by its National Task Force Chairman on #EndASUUStrikeNow, Ojo Raymond, the NANs threatened to ground activities across airports in the country in a bid to compel the government to grant the demands of the university lecturers so the strike which has lingered for more than six months can be called off.

According to Ojo, university students have grown tired of pleading with both the government and ASUU over the need to end the strike.

As such they’ve decided to disrupt international travels beginning from September 19, 2022 in order for “the bourgeois and the government to feel the pains they had subjected students to in the past seven months.”

Gbajabiamila had in a letter signed by the Clerk of the House of Representatives, Yahaya Danzarta, and addressed to the President of ASUU, Emmanuel Osodeke, expressed his concern over the failed negotiations between the Federal Government and the union, asking to meet with them on Tuesday.

But NANS asserted that as much as they welcome the dialogue, it will not deter their plans to shut down the airport tomorrow.

“As much as we welcome the dialogue for Tuesday, we insist that the second phase of our action targetted at shutting down all international airports throughout the country continues. In fact, someone like Gbajabiamila should also come out to address the students”, the statement read.

The body also alleged that they received reports of a planned attack against them at the airport, and said that any such attack would be tantamount to assault and a violation of their rights.

“And, we have also been duly informed of the plan of the government to attack us with both state and non-state actors. But we want to state for the whole world to hear that if any student is attacked in the cause of the protest, someone like Gbajabiamila and his meeting will be discredited.

“Any attack on our protest would be a contravention and an assault on the African Charter on Human and Peoples’ Rights (Ratification and Enforcement) Act, 1981, a treaty-turned-Act which does not accommodate derogation in any form, and Section 40 of the Constitution of the Federal Republic of Nigeria, 1999 (as amended) which provided for Right to Freedom of Association and Assembly.

“It is on this note that we are calling on the international community to pay strict attention to our protest as we start a new phase tomorrow (Monday)”, the statement read.

NANS concluded, “We also call on all students to find their ways to all the nearest barricades at the airports tomorrow as we shut down the country until the President, Major General Muhammadu Buhari (retd.) government ends ASUU strike by paying our lecturers and acceding to all the cardinal demands of ASUU as they are geared towards revamping our education at all levels”.

ANALYSIS: Why ASUU Is Yet To Call Off Strike