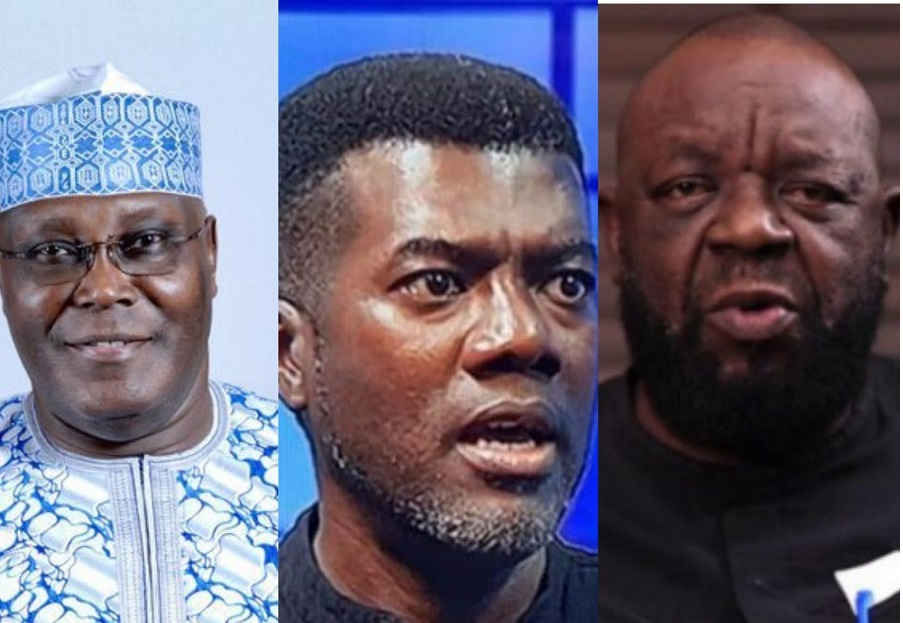 Special counsel for the Indigenous People of Biafra, IPOB, Alloy Ejimakor Esq has accused a former presidential aide, Reno Omokri, of trying to set the north against Igbos.

Omokri, who is backing the presidential flagbearer of the Peoples Democratic party, Atiku Abubakar, has regularly criticized supporters of Peter Obi.

He accused them of being intolerant of criticism, stressing that if Obi becomes president under the Labour party platform, he would not tolerate critical views.

Obi, whose planned alliance with Rabiu Kwankwaso of the New Nigeria People Party had failed over the later’s position on secessionist agitation and his insistence on being the presidential candidate of the alliance, had replied his counterpart saying; “What we’ve chosen to do in this country is to consistently hire vehicle drivers to fly the Nigerian airplane instead of hiring qualified pilots. My commitment is, let us campaign and deal with issues of the problem of the country.”

On July 7, Omokri criticized Peter Obi for his remark , claiming it was an arrogant comment.

He then advised the NNPP candidate to “do a voiceover of Peter Obi Arise interview in Hausa. Let everyday people in Kano and the Northwest listen to him describe Kwankwaso and other Presidential candidates the way he did. Such hubris! You are a pilot. They are mere drivers?”

“While his Obidients are applauding that interview, if you watch it with an unbiased mind, you see that Peter Obi considers himself a pilot and Kwankwaso a mere driver and substitute player. The people of Kano heard that. The North heard that. Other Nigerians heard!,” he tweeted.

The tweet did not go down well with some Obi supporters who have started a petition on Change. Org to ‘Ban Reno Omokri from Twitter & Rescind his Business Insider Influencer of the Year Award’ over those tweets.

109,353 persons have signed the petition as of the time of this report.

On Saturday, Ejimakor maintained that the narrative Omokri is allegedly pushing will eventually validate IPOB and Igbos.

“With Atiku’s camp (per @renoomokri) instigating the North against Ndigbo & Kwankwaso latching on IPOB as the tar brush, you would think they’re running against Ndigbo & IPOB, not @PeterObi & Tinubu.

“Fact: The more they do this, the more they validate the #IPOB & Ndigbo,” Ejimakor tweeted.

Sallah: Downpour Forces Muslims In Lagos To Pray Inside Mosque Instead Of Prayer Ground