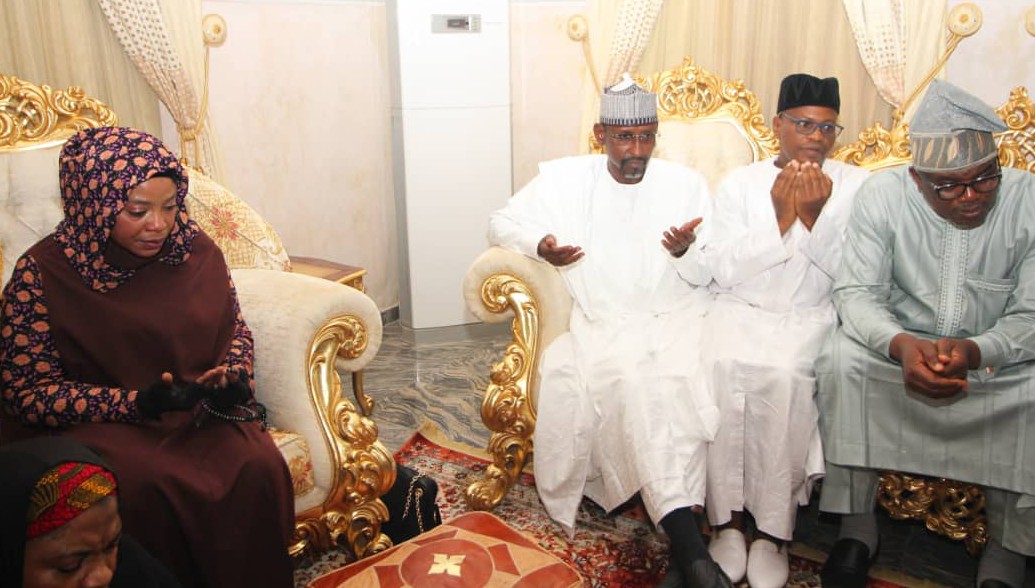 The Minister of the Federal Capital Territory, Malam Muhammad Musa Bello, has commiserated with the Minister of State, Ramatu Tijjani Aliyu, over the death of her mother, Hajia Zainab Sidi-Ali.

The Minister’s mother died on Tuesday and was buried according to Islamic rite.

Bello led a delegation of senior officials of the FCTA and some members of the FCT Security Committee on a condolence visit to the residence of the minister after attending funeral prayers at the Abuja National Mosque and interment of the deceased at the Gudu Cemetery Abuja, on Wednesday.

How We Use Pen To Open Cars, Steal Laptops, Others — Abuja Robbery Gang

A statement by Anthony Ogunleye, the Chief Press Secretary to the Minister, revealed that prayers were said during the condolence by the Minister’s Senior Special Assistant on Media, Malam Abubakar Sani, and the Permanent Secretary, FCTA, Olusade Adesola, for the repose of the soul of the departed and fortitude for the bereaved to bear the loss.

The delegation included the Executive Secretary of the FCDA, Engr Shehu Hadi Ahmed, and the Secretaries of Agriculture and Rural Development, and Hon Abubakar Ibrahim.

Others were Area Council Services Secretariat, Hon Ibrahim Abubakar Dantsoho, the FCT Commissioner of Police Sunday Babaji, and other senior officials of the FCTA and heads of some security agencies in the FCT.

How We Use Pen To Open Cars, Steal Laptops, Others — Abuja Robbery Gang