Boko Haram: NHRC Says Killing Of 43 Rice Farmers ‘One Too Many’ 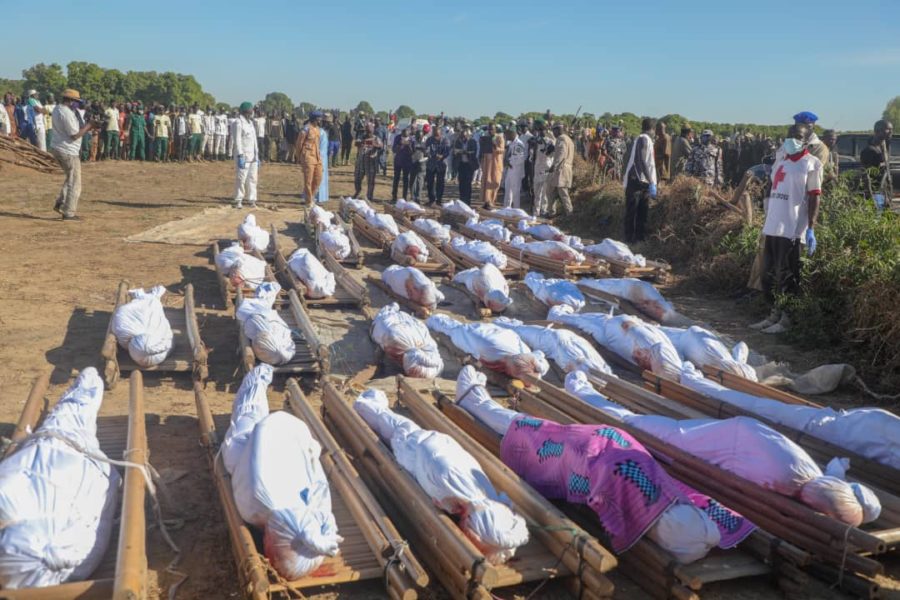 The National Human Rights Commission (NHRC) has condemned the alleged killing of over 43 rice farmers by members of the Boko Haram sect in a village in Borno State on Saturday.

The insurgents were said to have slaughtered the farmers in Zabarmari village, Jere Local Government Area.

NHRC Executive Secretary, Tony Ojukwu, described the ugly incident as one too many, while also calling on the Federal Government to up its game in the area of securing lives and properties.

Speaking in a statement on Sunday in Abuja, Ojukwu said the incident was a great loss to Borno State and the country at large.

“There is an urgent need for government to redouble its effort in providing protection for the citizens especially those who are unfortunate to find themselves in the volatile areas of the North-East that have been destroyed as a result of the operations of the insurgents” he said in the statement signed by Fatimah Agwai Mohammed, his Assistant6 director on public Affairs. .

Ojukwu said NHRC’s weekly reports on Internally Displaced Persons (IDPs) in Borno, Adamawa, and Yobe States showed an urgent need for the government to provide more security in those states.

He said the IDPs were living in fear and uncertainty due to activities of the terrorist group in those states.

“On the one hand they cannot continue to live with pangs of hunger as they must look for food. They must be protected from being kidnapped or killed on their farmlands as they go in search of food”. He further said that “we were at the frontline in various locations in Borno and we saw the efforts of the military, we commend them, we know it’s not easy, but we ask that they should do more”. Stakeholders must each play their roles, “all hands must be on deck to address this issue, our people must be protected from the harm of insurgency” he lamented.