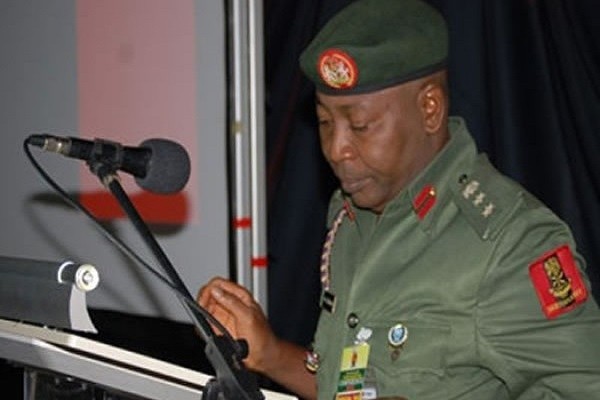 The Nigerian Army, on Tuesday, announced that it has arrested one Mohammed Maina, a suspected financier of terrorist group, Boko Haram.

The Acting Director, Army Public Relations, Col. Sani Usman, who revealed this said that Maina, who sells and supplies stimulants used by the insurgents, was arrested in Bama, Bama Local Government Area (LGA) of Borno State, with a sum of one million naira cash and some items.

Usman said, “The suspect a native of Ngurosoye came from Shuari village in Bama LGA, he was arrested with the sum of One Million Naira cash and some items.

“Investigation revealed that Mohammed supplies them Kolanuts and other items especially stimulants. He further revealed that kolanuts is in high demand among the terrorists as it keeps them active at night.

“It is apparent also that he plies Maiduguri-Dikwa-Kulli axis where he gathers monetary and other materials contributions from Boko Haram sympathizers along that axis and send same to the terrorists camps,” Usman said.

In another development, colonel Usman said troops of 112 Battalion and Special Forces in Mafa and Dikwa raided a Boko Haram camp at Bulungwa Naibe in Dikwa Local Government Area of Borno State on Monday.

He said the army recovered some items from them, adding that several insurgents were killed in the operation.

He said, “During the operation, quite a number of the Boko Haram terrorists were killed and the following items were recovered; 1 Buffalo vehicle mounted with an Anti-Aircraft Gun, a Rocket Propelled Grenade, 2 Machine Guns and 1 Sub-machine Gun. Others include 5 AK-47 rifles, 1 Fabrique Nationale rifle and 2 Sewing Machines used for sewing uniforms by the terrorists”.

NFF Debunks Allegations That its Officials Sleep With Falcon Players

Oliseh and Enyeama in Bust-up