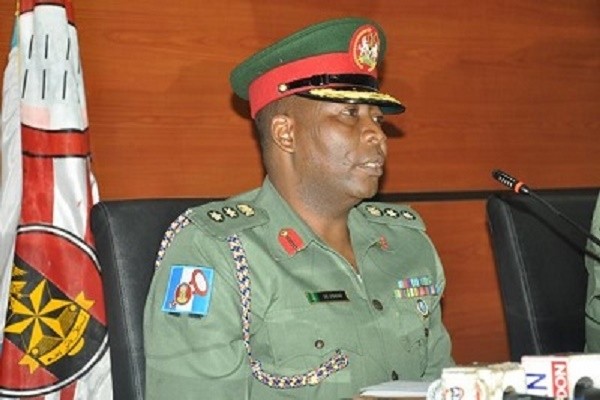 The Nigerian Army have rescued not less than 338 people held captive by Boko Haram, and killed over 30 Boko Haram terrorists at the borders of Sambisa forest, Nigeria’s north eastern region.

This was contained in a statement issued by the Acting Director Army Public Relations, Colonel Sani Kukasheka Usman, on Wednesday.

The statement noted that the troops of 28 Task Force Brigade Nigerian Army deployed at Bitta and Pridang carried out a successful raid on suspected Boko Haram terrorists’ camps at Bulajilin and Manawashe villages along Bita and Damboa road at the fringes of Sambisa forest on Tuesday.

The army spokesperson who revealed that the troops killed 30 Boko Haram terrorists and rescued 338 others, said that the rescued persons comprise of 8 male, 138 female and 192 children, adding that they all have been evacuated to Mubi.

According to the army, some of the arms and ammunitions recovered during the raid operation include 1 General Purpose Machine Gun and 2 Dane Guns, 150 rounds of 7.62mm (NATO), 6 boxes of 7.62mm (NATO) and 3 cutlasses.

The statement read in part, “Having appealed and given the terrorists final warning, we would like to state that from now on troops within bounds of respect for human rights and rules of engagement, we shall continue to decisively deal with Boko Haram terrorists until they are defeated.”

Part of the items retrieved during the operation were 2 AK-47 rifles, some Unexploded Ordinances (UXOs), mortar bombs and cash sum of N153, 385.