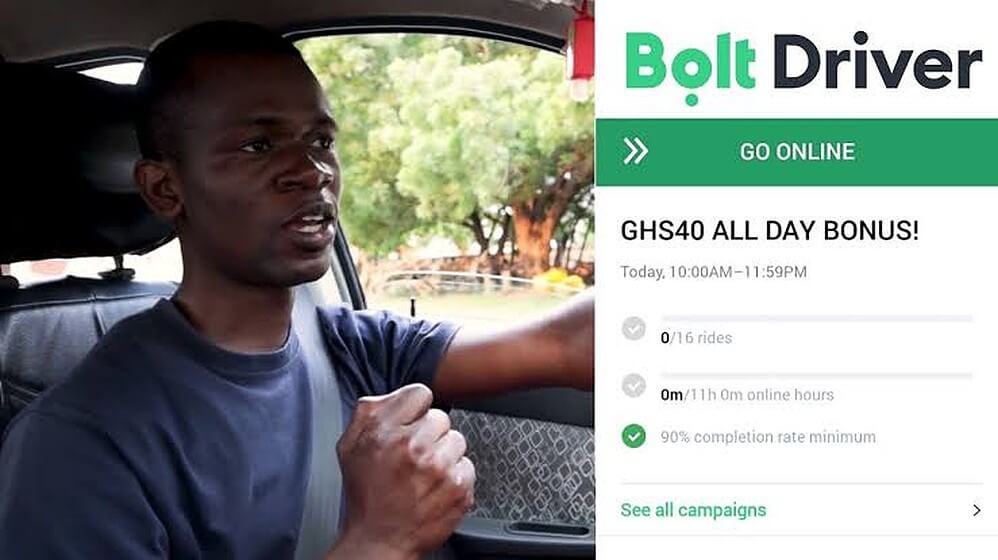 Bolt drivers in Nigeria are threatening to embark on strike over the company’s failure to address their demands.

The drivers described their conditions of operations as unfavourable considering current economic reality.

They also alleged that the company is negligent about their plight.

A Bolt driver, Uchenna, confirmed  to THE WHISTLER on Sunday that drivers are likely to go on strike on Monday.

Uchenna who has been on the ride hailing app for over four years said drivers were charged 20 per cent for every ride, but it has increased to 22 per cent without a proportionate increase in the price charged per trip.

Uber takes 25 per cent of every trip completed by the drivers as Commission.

In 2019, Bolt charged drivers 15 per cent as commission for every completed trip.

The drivers are linking their agitations to the current inflation levels which is at 16.82 per cent and the cost of maintaining their cars.

Bolt’s Valuation Rises To $8.4 Billion After Receiving $709M In New Funding Round

Another challenge is that when clients make request, the distance and time covered to pick them up is usually free.

“For instance, a driver will drive for seven minutes to pick a passenger who is making a three minutes trip. If the driver gets to the place and the order is cancelled, you are on your own,” said Uchenna.

The Bolt driver said their members are seeking a balance so that the distance and time covered to  pick up a client will not be free.

The Abuja based Bolt driver also complained of underlying issues including harassment of drivers by the Abuja Municipal Area Council officials.

“Some drivers have also been killed by some passengers without the company doing anything about it, ” he added.

Umeabiam is another Bolt driver who confirmed the planned action.

“Bolt and Uber drivers are going on strike because we are demanding for a better treatment. The both app companies charges 25% per  trip. Considering the prices of things in the market recently, it is difficult for a driver to survive with Uber/Bolt,” said Umeabiam.

“So, it is either they reduce their commission or increase their fares. And they should profile their riders too,” he added.