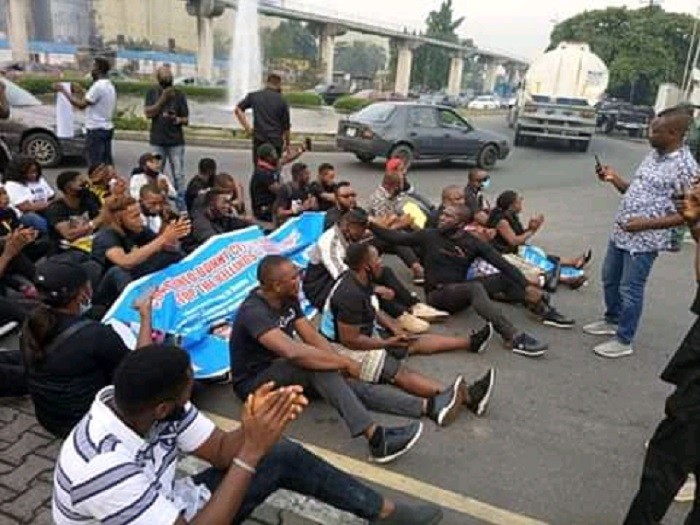 The youths say insecurity along the Bonny Waterways has made travelling to the area for residents and workers suicidal.

THE WHISTLER gathered that the youths first registered their grievances on the matter at the Bonny Local Government Council on Tuesday 14, where they staged a similar protest to mourn the death of two youths who were reportedly pushed into the sea by pirates.

But the council chairman declined to meet them after waiting for hours.

Some of the youths told newsmen that it has gotten to the point where the state governor has to intervene and address the raging issues for the security of the people and to forestall further killings, kidnappings and looting.

The youths say they would not vacate the Government House premises until the Governor Nyesom Wike addresses them on the steps government wants to take.