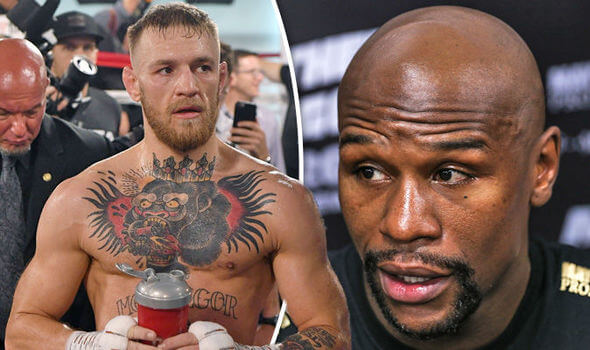 Irish professional boxer Conor McGregor insists he will “flatten” Floyd Mayweather inside two rounds when the pair meet in their eagerly-anticipated showdown on Saturday, August 26 at the T-Mobile Arena in Las Vegas.
The fight is a scheduled 12-round Super Welterweight matchup.

The 29-year old superstar is confident that he’ll be able to end things early, especially with a new announcement from the Nevada Athletic Commission on Wednesday that approved the use of 8-ounce gloves, instead of the standard 10-ounce for the 154lbs division.

As a result, the Irish who is also the reigning UFC Lightweight Champion and who is accustomed to wearing 4-ounce gloves in the UFC, believes Mayweather will struggle to make it out of the second round.

“I wouldn’t be surprised if I go out there and flatten him in the first exchange, I don’t see him lasting two rounds in these 8-ounce gloves,” he said.