BREAKING: APC Caretaker Committee Promises To Carry Every Member Along 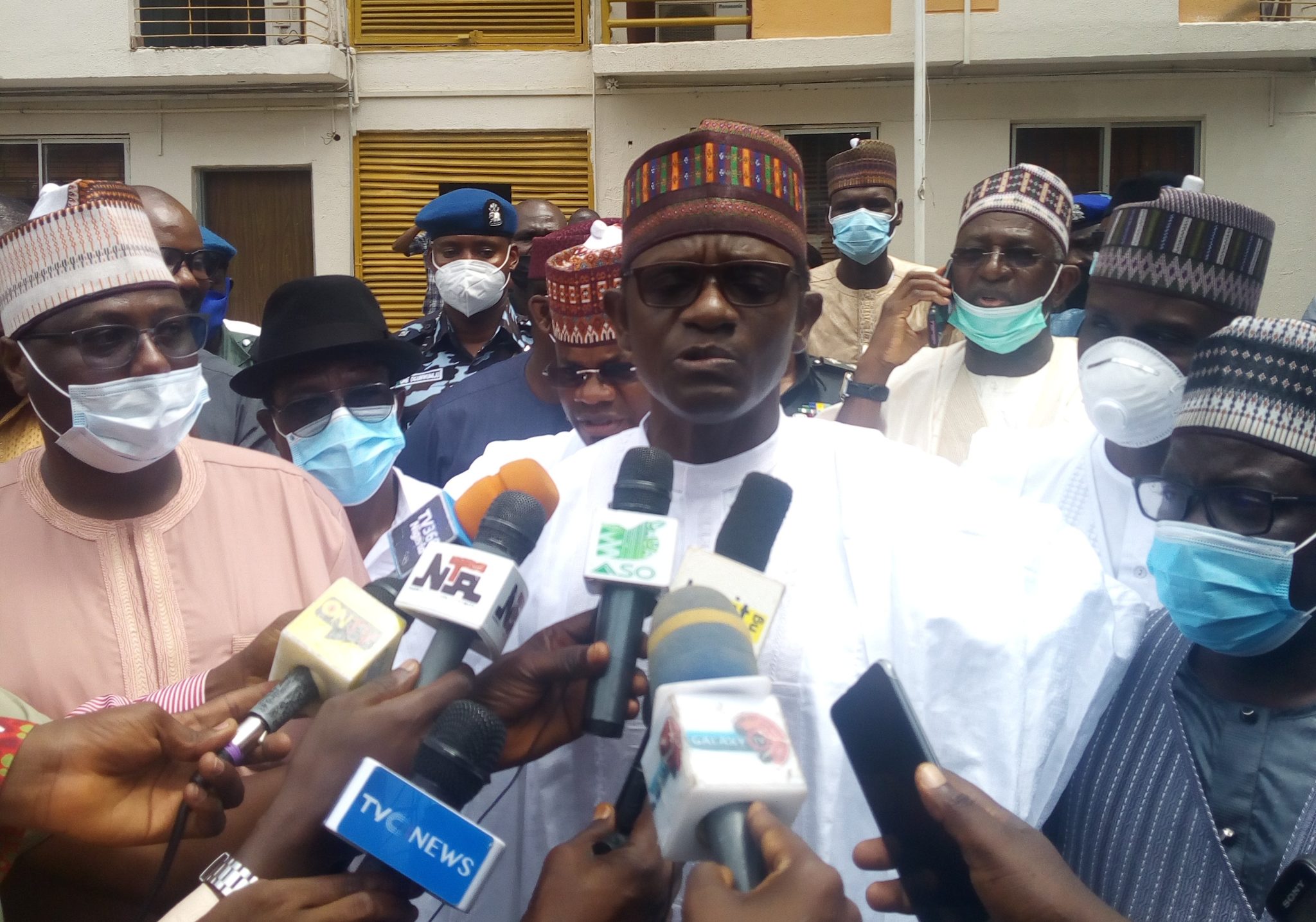 The newly appointed Chairman of the Caretaker committee of the All Progressives Congress (APC) and Governor of Yobe State, Mai Mala Buni says he will carry every member of the party along.

Buni stated this while briefing newsmen at the national secretariat of the party, after the National Executive Committee (NEC)  meeting at the State House.

Mai Mala Buni, who arrived the secretariat at about 1:44pm was accompanied by Governors Yahaya Bello of Kogi, Simon Lalong of Plateau, Kayode Fayemi of Ekiti, Nasir Elrufai of Kaduna, Abdullahi Ganduje of Kano, Gboyega Oyetola of Osun, Atiku Bagudu of Kebbi, Chief Whip of the House of Representatives, Mohammed, among several others and party chieftains.

Buni, until his election as governor, was the APC National Secretary.

Buni said: “After being two-time National Secretary of the party, I can assure you I know the party very well. I want to assure all APC members that we have a capable team…because If you don’t manage crisis, crisis will manage you. I will do justice to every APC member.”

On what the committee will do about the several court orders by the two dissolved factions of the party, “NEC has directed that every member that is in court withdrawn all cases. NEC asked them to withdraw all the cases.”

All the governors and party bigwigs have since left the party secretariat.

THE WHISTLER sighted the factional chairman of the party, Victor Giadom, who was believed to have come to hand over to the caretaker committee.

This paper also observed that the ambience at the secretariat was that of happiness as Buni’s appointment has come to put an end to the lingering leadership tussle of the party.

JUST IN: Pain For Spain As Morocco Beat Former World Cup Champion To Qualify For Quarter-Finals