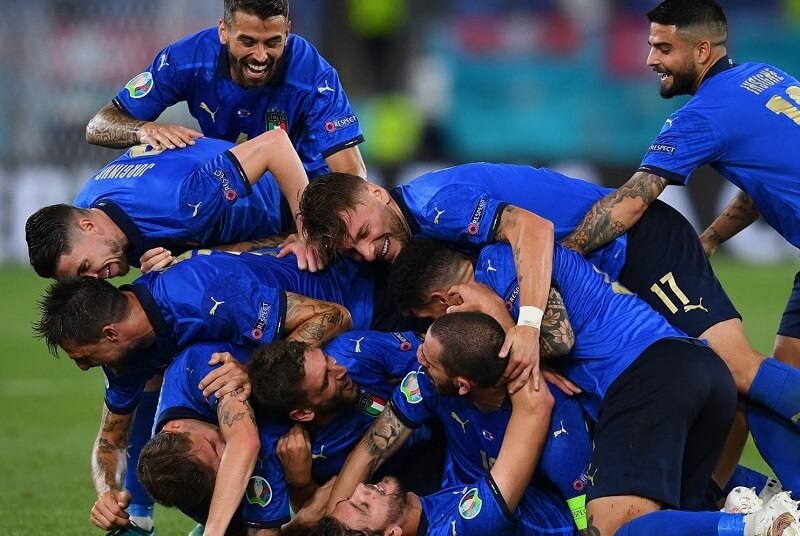 England have squandered their chances of lifting their first European Championship in 55 years as they lost to Italy in Wembley.

Italy beat England 3-2 on penalties to be crowned European Champion.

The two nations have met 28 times with Italy winning 12 and England 8, while 8 games were drawn.

Italy came into the game with 33 matches unbeaten and have never lost to England in a major tournament.

No team has ever won the two penalties in the Euro competition, but Italy broke the records as they had earlier won Spain on penalties to reach the final.

The atmosphere at Wembley was less tense for the 60,000 fans with the terrific show which marked the closing ceremony.

As part of the build up, the scorer of the winning goal in the 2016 finals between France and Portugal, Macedo Lopes, presented the trophy at the 90,000 capacity stadium.

The atmosphere remained exciting even after Bjorn Kuipers blew the whistle to begin the final clash.

Gareth Southgate’s England opened the scoreline less than two minutes after the whistle was blown. This was made possible by a cross from Kieran Trippier which was sent into the net by Luke Shaw.

The Italians were still composed despite the early goal from the host.

The Italian fans were overwhelmed by the English crowd which dominated Wembley as It was all English cheers.

But Roberto Mancini’s men were indifferent, fighting through the English defence to squeeze an equalizer in the first half.

Italy’s Leonardo Bonucci forced a goal in the 67th minute to level the game 1-1.

The goal was not a surprise as the Italians took charge of the second half showing a high level of creativity.

The match was dragged into the extra time which makes it the seventh Euro finals that was settled after 120 minutes of play.

After a goalless extra time, the game entered a penalty shootout and was finally won by Italy 3-2.