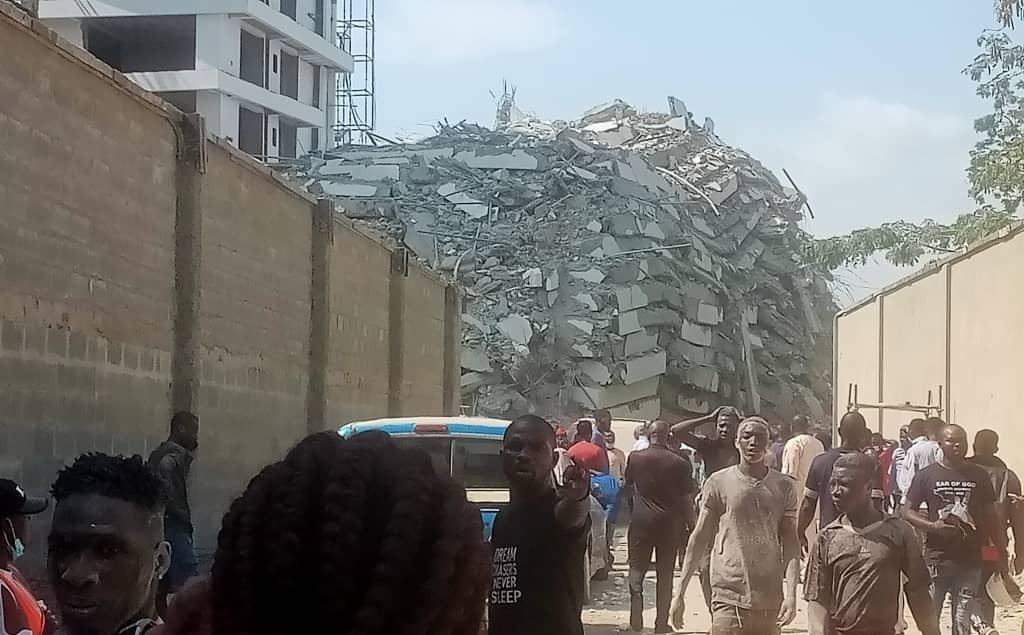 Scores of persons are feared dead after a 21-storey building collapsed in the Ikoyi area of Lagos State on Monday.

According to reports, the collapsed building is located along Gerard Road, Ikoyi.

The acting Coordinator of the National Emergency Management Agency (NEMA) in the South West, Ibrahim Farinloye, has confirmed the incident.

The Director-General of the Lagos State Emergency Management Agency (LASEMA), Femi Oke-Osanyintolu, also confirmed the development and disclosed that emergency response has been activated by the agency.

“The agency has activated its emergency response plan to the above incident. All first responders are enroute to secure the scene while the heavy-duty equipment and life detection equipment have been dispatched,” he said.

How Kano LG Is Fighting Insecurity Without Military