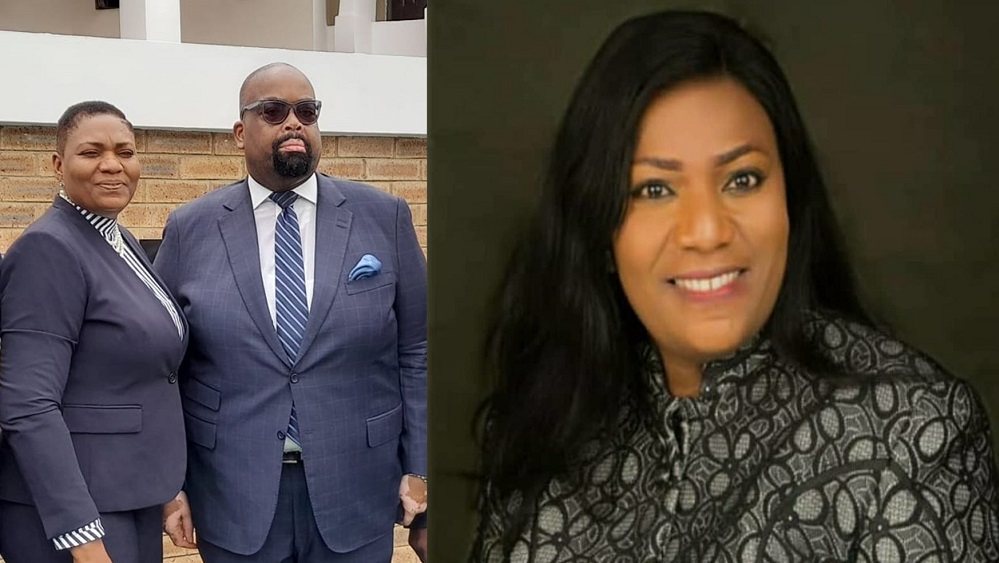 The General Secretary, Nigeria Bar Association, NBA, Mrs Joyce Oduah, was on Monday suspended from office with immediate effect by the National Executive Committee of the NBA on the grounds of gross misconduct pending the pre-Conference meeting of the NBA-NEC scheduled to hold on Sunday 21st August 2022.

This was disclosed in the resolution reached by the National Executive Committee at its Emergency Meeting, made available to THE WHISTLER by the NBA Publicity Secretary, Rapulu Nduka.

The development follows a major disagreement between Oduah and the outgoing NBA President, Olumide Akpata, including issues bordering on the proposed Constitutional Amendment of the NBA.

In an internal memo from the NBA National Officers to Akpata on August 14, they referred “ in particular to the actions of Mrs. Joyce Oduah, the General Secretary of the Association who has from the very beginning of this administration constituted a clog in the smooth administration of the Association by various acts of dereliction of duty, disobedience to lawful orders, misconducting herself and being involved in acts and behaviors which are likely to, and have indeed brought the Association into disrepute.”

The national officers had also in the memo accused Oduah of lacking proper temperament expected of the General Secretary in the management of secretariat staff as well as her inability to diligently discharge the duties of her office.

According to the Officers’ memo, in the course of the current administration, they had course to recognise some very critical imperatives that needed to be constitutionally institutionalized to sustain the growth and progress of the association.

But it added that in respect of several meetings of the National Executive Committee, the General Secretary who attended the meetings and noted the deliberations, sent out different information to members particularly with regards to the proposed constitutional amendment of the NBA, on August 12.

The initial proposed amendment include: “ Such critical objects were the establishment of a stabilization fund, the backbone to the implementation and sustainability of the access to finance scheme introduced by this administration; review of the disciplinary process of legal practitioners (most members will note that the disciplinary process has collapsed); the recurrent issue of whether administrations in branches should be truncated to enable uniform conduct of elections in June of an election years regardless of the time of assumption of the administration (Ikeja case as a reference herein); retrospective interpretation of Article 6(3) of the uniform Bye Laws for Branches; limitation of qualification and eligibility to contest for membership of the General Council of the Bar, because of the increasing external threats; increment of remittances to the branches from 10% to 20% and sundry issues that militate against a better delivery of good governance and inclusiveness in the affairs of the Association by members.”

In a resolution signed on Monday by NBA First Vice President John Aikpokpo-Martins and other Committee members, the Assistant General Secretary, Ms. Uchenna Nwadialo, shall immediately act as the General Secretary, adding that the urgent action is geared towards forestalling a crisis in the NBA.

Moreso, the NBA President, had already issued an email to members asking them to ignore the letter (Withdrawal of Notice of Proposed Amendments To The Constitution of the Nigerian Bar Association 2015 amended in 2021) issued by the General Secretary insisting that it was not approved by him or any other National Officers.

On her part, Oduah had stated in a rejoinder that she omitted the amendment by the Constitution Review Committee in the information she sent out because of their non-compliance with section 25(1) of the Constitution.

“The constitution shall not be amended or repealed or re-enacted except at the Annual General Meeting of the Association and two-third of the branches of the Association are represented and provided further that at least sixty (60) days’ notice of the proposed amendment shall have been given to the General Secretary who shall have circulated same to delegates at least thirty (30) days before the proposed amendment is tabled for discussion at the Annual General Meeting,” she cited.

She argued that the Constitution Review Committee sent the proposed amendment to her office on the 26th of July 2022 via email – 30 days behind the stipulated time required by the constitution.

She wrote, “On the 11th of August, 2022, I went to see the President in his office and to my astonishment his secretary informed me that the President had given instruction that she should not let me in whenever I come to see him. When I found my way into his office, I saw and heard a vicious president screaming at the top of his voice that I should leave his office. I had no choice than to leave his office without being able to discuss the threat of a law suit and other issues.

“I have nothing against the proposed amendments by the Constitution Review Committee. However, my stance as I told the President and other members of Exco is that the Proposed Amendment did not meet the sixty (60) days requirement of the Constitution.

“I will always stand for the truth and the best interest of the Association even if it means standing alone. I am not a political appointee; I contested for the office of the General Secretary and won by your votes and God’s mercies. The duties of my office are well defined, and I will uphold the provisions of the Constitution which I swore to uphold.”