BREAKING: TIME Names Okonjo-Iweala One Of World’s Most Influential People 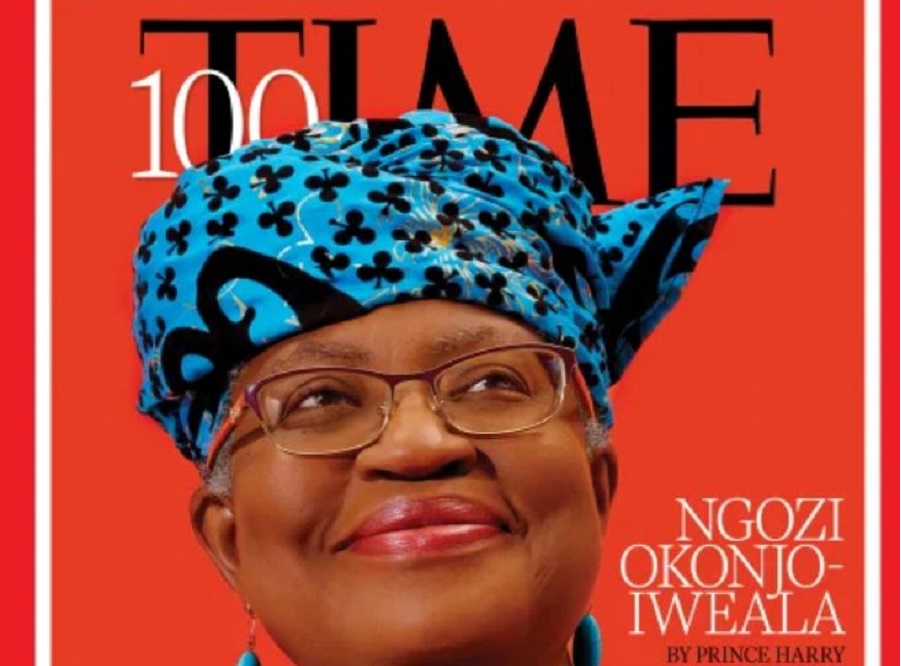 The World Trade Organization Director-General, Ngozi Okonjo-Iweala, has been recognized by Time magazine as one of the world’s most influential people in 2021.

Okonjo-Iweala was named among 100 influential people in the world.

Reacting to the development via a tweet on Wednesday, she described the recognition as a privilege.

“Honored and privileged to be on the cover of Time Magazine and to be recognized as one of the World’s most influential leaders! Profound thanks to the Duke and Duchess of Sussex for their kind words,” she tweeted.

Describing her impact, the Duke and Duchess Of Sussex, Prince Harry And Meghan, said Okonjo-Iweala had set a new record by emerging as WTO DG.

“As the first African and first woman to lead the World Trade Organization, a 164-member group of nations that oversees trade across the world, Okonjo-Iweala took on the role of director-general this March at a watershed moment for our global health and well-being. Make no mistake, her job affects every person, family and community,” they wrote on Time.

Okonjo-Iweala Reacts As Swiss Council Says Calling Her ‘Grandmother’ Was…