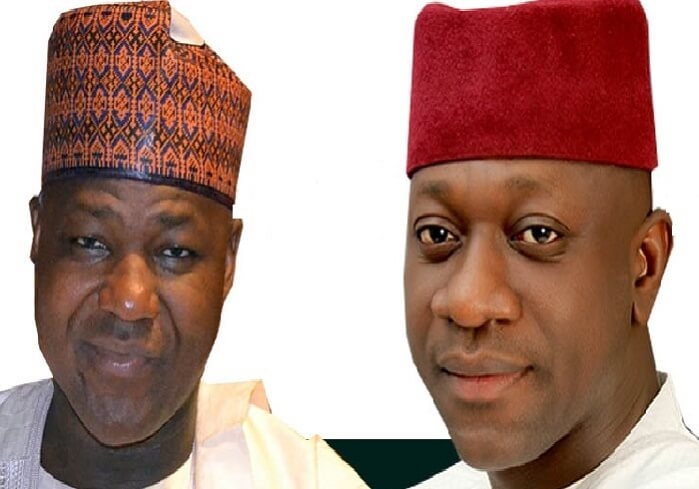 Suspended member of the House of Representatives and former Chairman of Appropriation Committee, Abdulmumin Jibrin, has accused the Speaker of the house, Yakubu Dogara of blackmailing the house members into silence.

Jibrin, in an interview with the Sun, insisted that the lawmakers have not learnt their lessons from the controversies surrounding the last budget, adding that a cabal headed by Dogara will go to any length to protect their interest.

Recall that Jibrin accused Dogara, his Deputy; Yusuf Lasun, Chief Whip, Ado-Doguwa and Miniority Leader; Leo Ogor of padding the 2016 budget to the tune of N30bn.

Following his refusal to appear before the House Committee on Ethics and Privileges, Jibrin was suspended for 180 legislative days.

Jibrin, in fresh revelations, said, “Nigerians are surprised: is it that there is only one person that has conscience in the House of Representatives? At least, during the recess, you had the Transparency Group and the Integrity Group talking. Soon after resumption, of course, they continued to talk.

“But immediately after my suspension, everybody went quiet. There is one issue and I have said repeatedly that unites the House and that is the issue of the running cost. But even me, when you talk about the cabal, I underestimated the extent that the cabal can go to in protecting their interest.

2023: ‘You Have No Character’ – Wike Hits Dogara For Endorsing Atiku

“I have never thought in my life that the Speaker, the number four citizen of this country can go into a meeting and blackmail his colleagues. I have never seen that happen all my life. Of all the experiences that I have had, it is only in Speaker Dogara that I have seen someone come in because of the abundance of systemic corruption and he used systemic corruption to blackmail the whole members into silence.

“So, I’m not going to speak in tongues. What happened was simple. Many members are still angry about the issue of budget fraud and other issues of corruption in the House like how the Speaker managed the funds of the House; how he has kept the budget of the House in secrecy; how they’ve been taking money with the Deputy Speaker from multiple sources, millions of Naira for rent of houses, guest houses where all sorts of parties are being held; how he diverted projects to his farm and so many other issues of corruption. I tell you this: until date, members are very angry about these issues.

“The night before our resumption, the Speaker arranged caucuses which looked normal to members because we normally have such caucuses where we discuss how we are going to proceed after returning from recess and I went to the caucuses.

“But when the Speaker came in, the first thing he said sent everybody into shock. He said look, the issue that Jibrin is raising, it is not only going to bring down Dogara; (Deputy Speaker) Lasun Yusuf, Leo Ogor and Alhassan Doguwa, it is going to involve the whole House because when they start this investigation, it will get to the issue of running cost and the issue of the running cost has become a systemic corruption in the House. Very few members are not involved in that scam. He just said it straight as simple as that.

“I won’t go down alone. If you allow for these issues to be investigated, etc. Of course, we have to open up the running cost issue and from that meeting, people started backtracking and that was why even you had a peaceful session on the first day because everybody was ready for a showdown. But that night, he struck and he put the fear of running cost because the running cost will send hundreds of members to jail directly; you don’t need to investigate it. It’s fraud.

“It’s a huge massive fraud and I’ve never refrained from saying it. But Nigerians are just looking. I have said it repeatedly. It’s massive fraud and nobody has come out. Since I mentioned figures and everything, has any of the 359 members come out to say Jibrin is lying? It will be 100 days on Saturday and nobody has come out to say Jibrin is lying. So, he used that to blackmail members. I have members who have come to me to say can you go ahead with this issue without running cost? If it were an interest of just taking Dogara out, I will not even talk about running cost issues. I’m smart enough to understand that. But I said I’m going all out, even if I am alone and that was it.”