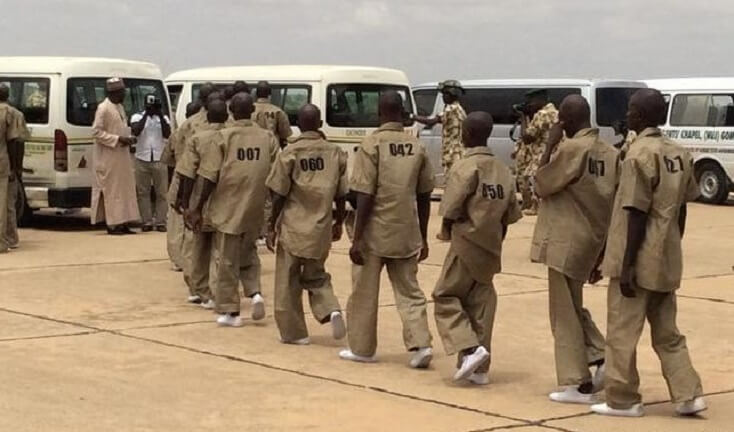 Nigerians have reacted to reports that the military has released about 1,400 “repentant” Boko Haram suspects after they underwent rehabilitation, with some alleging that the move will compromise the military.

The said Boko Haram suspects were released in three tranches between 2018 and 2020, according to the Borno State Commissioner for Information, Babakura Jato.

Jato, who spoke to Punch, said the suspects were released under the military’s ‘Operation Safe Corridor’ programme.

“There have been a series of releases. They were released in three tranches. The first set was released during Governor Shettima’s time while two sets have been released under Prof. Zulum,” he said.

“The total number of persons released is 1,400. Out of the 1,400, the majority of them are cleared suspects. These were people who were suspected of being members of Boko Haram and it was discovered that they were not.

“The rest are children of Boko Haram or actual Boko Haram members. I cannot give you a breakdown of the figure now for security reasons,” said Jato.

Reacting to the report, some Nigerians, including a former aviation minister, Femi Fani-kayode, and former presidential spokesperson, Reno Omokri, criticized the move.

Mambilla Power Plant To Proceed After Settlement Of Legal…

One of the twitter users accused the federal government of compromising the military by releasing the suspects back into the society.