Buhari Has Made More Mistakes Than Jonathan in Ministerial Portfolios 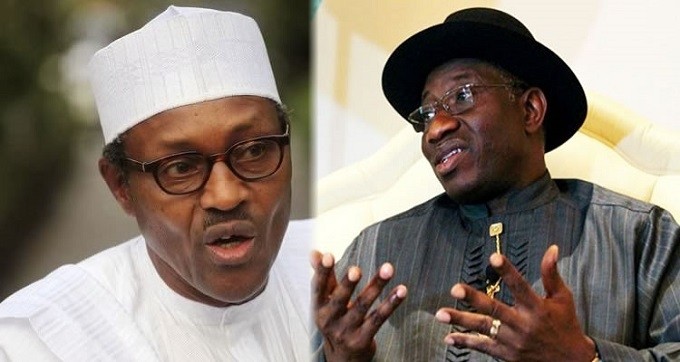 By Jaafar Jaafar
Despite his being dilatory, mistaken by supporters as meticulousness, I must say that I didn’t see round pegs being put into round holes in many of the ministries, just as I see President Buhari “repeating mistakes of the past”.

Among those lined up for ministerial screening at the Senate in October, if there is a man I was proud of his becoming minister in President Muhammadu Buhari’s cabinet was Adamu Adamu – being a senior professional colleague and very fine writer in whom I draw inspiration.

I have shared my love for him on many occasions. But in saying the truth, I fail to see sense in elevating Adamu Adamu, a trained accountant, above a professor of Education as minister in charge of the Ministry of Education.

Much as former President Goodluck Jonathan loved Barrister Nyosom Wike, he made him Minister of State for Education, below Professor Rukayyatu Ahmed Rufai – a professor of Education. That was fair. Even after sacking Professor Rufai, Jonathan still did not place Wike above Malam Ibrahim Shekarau in the ministry.

Peeping through Adamu Adamu’s junior minister, Professor Anwuka’s CV, I found this dazzling pedigree: “He did his doctorate degree programme in General Curriculum, System Analysis and Social Studies at the University of Washington Seattle, USA in 1977. Prior to this, he did his Masters in Educational Administration and Planning at the University of Portland, Oregon, USA in 1975. At Fourah Bay, University of Serra Leone, (1974), he studied English Language and Literature and had Second Class (Hons) degree, Upper Division. Professor Anwuka had in August 2001, participated at the Commonwealth Vice-Chancellors Leadership Conference, Dundee Scotland UK.”

I think producing Adamu Adamu’s CV here may not paint a good comparison. What I can simply say here is that Adamu is simply an Accountant and a journalist per excellence. Of this, I dare say elevating Adamu above this professor is archetypal of forcing a square peg into a round hole.

I think President Buhari so far made some mistakes in cabinet appointments more than those of Jonathan. If I recall clearly, one of the issues that put Jonathan at loggerheads with some governors was appointing technocrats in favour of politicians nominated by governors. Quite rightly, Buhari has done a similar thing, though with even less technocratic texture in terms of his placements.

Kayode Fayemi would have been the “round peg in a round hole” if he was posted to Ministry of Labour, just as James Ocholi or Babatunde Raji Fashola would have fit into the round hole of the Ministry of Justice. Let me reiterate here that Fashola and Ocholi are more experienced SANs than Malami.

While swearing in the ministers yesterday, which is unarguably the seminal point of this administration in the last six months, President Buhari harped on two key issues “putting round pegs in round holes” and “avoiding the mistakes of the past”.

“We are optimistic that bringing these set of ministers into the service of our country today, is a step in the right direction and timely move towards realising our positive goals for our country.

“Since we assumed office in May, I had been mindful of the need to ensure that the appointment of new ministers translate into a ROUND PEGS IN ROUND HOLES while showing sensitivity to our diversity as a people and our various positions as groups of stakeholders of our country. (Emphasis added).

“I have also been conscious of the need not to repeat such MISTAKES OF THE PAST where the right people were allocated the wrong portfolios which translated into their performing poorly to our collective detriment despite their obvious capability (emphasis added),” President Buhari said.

Despite his being dilatory, mistaken by supporters as meticulousness, I must say that I didn’t see round pegs being put into round holes in many of the ministries, just as I see President Buhari “repeating mistakes of the past”.

The merging of Ministries of Power and Works and Housing, in my view, may cause some operational glitch as they have very little correlation. It is like adding ewudu soup onto pizza, if you are “forced” to combine the two in one plate. They are all edible but there may be some strains while relating to them in your gut. Buhari should have left Ministry of Works independent of Ministry of Power, and then merged Ministry of Information and Ministry of Communication as obtained in the past to level the tally of the ministries he intended to have.

The Ministry of Power, Works and Housing may be in dire straits as Fashola, a lawyer will be assisted by Baba Shehuri, a sociologist, as Minister of State. Technical issues regarding power/energy, design and construction needs an engineer. Jigawa nominee, Engineer Sulaiman Adamu, would have fit either as the main minister or minister of state if actually putting round pegs in round holes matters. The corollary of this decision is inefficient service delivery.

Udoma Udo Udoma, being from Niger Delta would have made a good minister of Environment. He would have handled better the issues of Ogoni cleanup in Rivers State or oil spillage in Bayelsa State or gully erosion in Anambra State.

But Baba, in his wisdom, thought otherwise. He believes Amina Mohammed, an aficionado in planning and connoisseur of development issues, could handle such issues better and speak the language and communicate well with pipeline vandals in the creek and the fiery environment right activists of the Niger Delta region.

Well, to me Amina would have roundly fit into the Ministry of Planning and Budget hole, in view of her experience in development and planning issues at both local and international levels. Nigeria would have had a magnet that will attract UN’s commitment to Sustainable Development Goals (SDGs) in the country.

Again, Buhari should have appointed Heineken Lokpobiri from Bayelsa State to be Amina Mohammed’s deputy in the ministry, not Ibrahim Usman Jibril from Nasarawa State.

If really there is a minister that fits into the Ministry of FCT hole, it is Usman Jibril, being a distinguished land administrator and expert in “orthophoto mapping, geographic information service and urban planning and urban renewal”.

Kayode Fayemi’s posting is another misapplication of peg. President Buhari should have thanked God that among the people he considered for ministerial appointment, there was a labour unionist, who could speak the unionists’ language and be respected among the labour leaders. Buhari, in his queer wisdom, thought Chris Ngige could do better.

The shoes of Ministry of Interior may pinch General Abdulrahman Dambazau a bit as that of the Ministry of Defense may have suited him comfortably. As someone who had a distinguished career in the military and reached its pinnacle, taking him to deal with paramilitary issues is, in my view, not the best decision. Even issues of Boko Haram terrorism, Dambazau will speak and negotiate issues of arm purchase and military aid with the West better than Dan’Ali.

However, the president did not state where Culture and Tourism is merged into, as Solomon Dalong’s portfolio only indicates Ministry of Youths and Sports. I believe this will be sorted out later.

Some ministers like Kemi Adesun, Audu Ogbeh, Lai Mohammed, Zainab Ahmed and a few others really fit into the hole they have been placed, while majority of others were only forced into holes for political expediencies or other reasons best known to the president.

By and large, with a sense of sincerity, Buhari’s allocation of portfolios to his ministers may be what the Hausa term as “gamin gambiza” or what the Yoruba call “orisirisi” or what the Igbo call “nwonwo” – all outside the culinary semantics.

NB: The opinions expressed in this article are those of the author, and does not reflect the editorial stance of TheWhistler