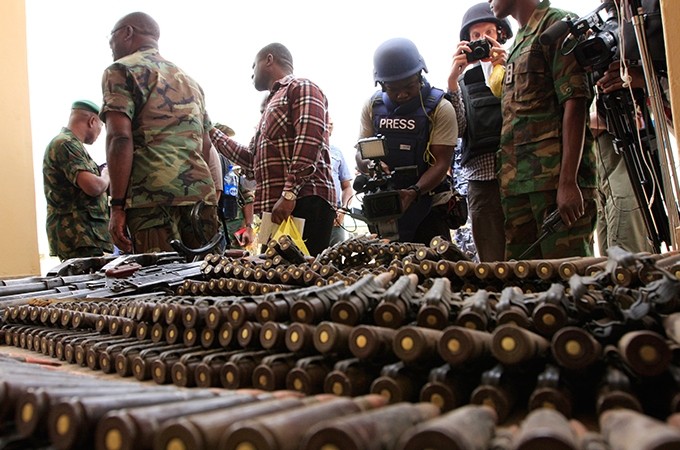 President Muhammadu Buhari on Monday, ordered the National Security Adviser to set up an investigative committee on the procurement of hardware and munitions in the Armed Forces from 2007 till now.

This was disclosed in a statement issued on Monday by the Special Adviser to the President on Media and Publicity, Femi Adesina.

According to the statement, “the investigative committee’s mandate is to identify irregularities and make recommendations for streamlining the procurement process in the Armed Forces.”

Accordingly, the National Security Adviser has constituted the Investigative Committee as follows:

Adesina further disclosed that, “the establishment of the investigative committee is in keeping with President Buhari’s determination to stamp out corruption and irregularities in Nigeria’s public service.

“It comes against the background of the myriad of challenges that the Nigerian Armed Forces have faced in the course of ongoing counter-insurgency operations in the Northeast, including the apparent deficit in military platforms with its attendant negative effects of troops’ morale.

Adesina said that the committee will specifically investigate allegations of non-adherence to correct equipment procurement procedures and the exclusion of relevant logistics branches from arms procurement under past administrations, which, very often resulted in the acquisition of sub-standard and unserviceable equipment.