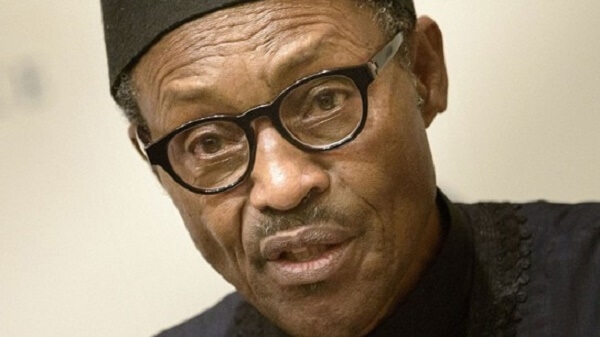 By Ochereome Nnanna –
TWO Nigerians from Katsina State have been Presidents of Nigeria in the past ten years. The first was Alhaji Umaru Musa Yar’Adua, who assumed power on May 29th 2007. He was an academic from a Fulani elite family. The core of his government comprised mainly Northerners because unlike his late elder brother, Major General Shehu Yar’Adua, he never really had much opportunity to interact with the wider Nigerian society before he joined politics.

He was imposed as President on the nation by – you know who – former President Olusegun Obasanjo, his immediate predecessor in those days when the People’s Democratic Party (PDP) did just as it liked without any challenge from any quarters. Having finished his eight years as the Governor of Katsina State, Yar’Adua had wanted to go back to the Ahmadu Bello University (ABU), Zaria, teach Chemistry pro bono and look after his failing health. Next, Obasanjo went to the creeks of the Niger Delta and dragged in another gentleman who had already won the PDP ticket for Governor of Bayelsa State, Dr. Goodluck Ebele “Azikiwe” Jonathan.

I remember that day in November 2006 when Obasanjo paraded Yar’Adua and Jonathan on television as the Police usually parade crime suspects. Jonathan in particular looked like a school boy on a forced errand. The president-to-be never knew his Vice-president-to-be apart from the fact that they sometimes met as governors.

When eventually they were elected into office, the militancy in the Niger Delta was at its peak. Many analysts had argued that Obasanjo was forced to bring Jonathan into the presidential pairing as a peace offering to the Ijaw militants and their loud and troublesome “father”, Chief Edwin Clark, in place of the more fancied and popular Dr. Peter Odili, the Rivers State governor.

That Obasanjo bowed to the Clark/Ijaw faction of the South-South People’s Assembly (SSPA) rather than the more broad-based pro-Odili faction led by Ambassador Matthew Mbu/Raymond Dokpesi, was seen as an application of common sense. Obasanjo must have realised that ignoring the demands of Clark and his Ijaw militant tribesmen would keep the economic livewire of the nation in the Niger Delta at great risk. The disruptions would never stop, and the economy would continue to suffer.

When Yar’Adua assumed power, he came under pressure by hawks from his native Northern Nigeria to “crush” the Niger Delta militants. He actually mobilised the Nigerian troops towards that effect, but as an intelligent, wise and commonsensical leader he also listened to the argument of Niger Delta campaigners who were very rampant in the media, especially television. These included Dr. Chris Ekiyor; my sister, Ann Kio Briggs, Dr. Oronto Douglas, Comrade Joseph Evah, Dr. Ledum Mitee, Dokubo Asari and a host of others. Most of them advised that rather than launching a full-scale military campaign to “crush” the militants as the Federal Government had already started doing when it attacked Gbaramatu Kingdom in Delta State in search of the Movement for the Emancipation of Niger Delta (MEND) leader, Government Ekpemupolo (alias Tompolo), an offer of amnesty for voluntary disarmament of the militants should first be tried.

Yar’ Adua sent his Vice President, Jonathan, to the creeks to discuss with his kinsmen. Eventually, by August 2009, the militants accepted the offer of amnesty and surrendered their arms. Thus, began the post-amnesty programmes, which saw the “repentant” militants being given education and training on various trades in Nigeria and abroad. The big boys or “ex-generals” got hefty contracts and became visible and loud in Abuja hotels and the Aso Villa, especially during the reign of Jonathan as President. In fact, the biggest ex-militant, Tompolo, was awarded multi-billion naira contracts to safeguard the network of oil pipelines in the Niger Delta and he also became a major player in the maritime industry. There was absolute quiet in the Niger Delta. Nigeria was able to reap the full benefits of her oil resources during the oil boom of 2009 to mid-2014.

Jonathan was defeated by another Katsina man, Muhammadu Buhari, in his re-election bid in 2015. Buhari is everything that Yar’Adua was not. He was a combatant during the civil war and a former military head of state who rose to prominence from the lower classes. His inner government is also made up mostly of Northerners, but unlike Yar’Adua, he does not care about the opinions of other stakeholders outside his charmed parochial circle. He chose to listen to the hawks, being a hawk himself.

As soon as he was elected he served notice that he would dismantle the amnesty programme ahead of its scheduled termination point, send the military and security agencies to take over the job of securing the pipelines from the ex-militants and arraign those accused of corruption for trial. On the surface of it, there is nothing wrong about this approach, but it was not prudently done. Even before he took over from Jonathan, Buhari’s aggressive rhetoric put the ex-militant warlords on notice that they might never get justice under the new administration.

Today, we are back where we were before Yar’ Adua’s amnesty programme came into effect seven years ago. Our oil production has plummeted from 2.2 to about 1.4 million barrels per day, and the outlook for the future is bleaker still. Unless something is urgently done, all the plans of the Buhari administration to diversify the economy from oil dependence might fail. You can only diversify from oil with oil money. With the gas infrastructure being dismantled with bombings, there will be no gas even to generate power to keep the economy going.

There is a wise old saying popularised by Pirelli Tyres: “Power without control is nothing”. It was illustrated with the photo of a well-muscled sprint athlete poised on his marks but wearing high heels! How can he run? Yar’Adua and Jonathan, as Commanders-in-Chief, partnered with the ex-militants to enable Nigeria exploit our oil resources from the Niger Delta in peace. Buhari has chosen to “crush” them, and in the process, we are unsure where our economy will be in the near future.

Buhari’s approach, to me is archaic and unrealistic. The Niger Delta of today is not the Niger Delta of the 1970s and 1980s when the civil war had just ended and people were living in trepidation of the North and its all-conquering military. The Niger Delta people’s consciousness of their oil and its place in the economic wellbeing of Nigeria and their right to resource control has grown in leaps and bounds. Militarily, they now know where to press the buttons and put the economy in distress. Even if the military succeeds in apprehending and eliminating all the known militant leaders, it is unlikely to guarantee that new ones will not come up and continue pushing the same agenda.