Buhari To Inaugurate Ministers On Wednesday 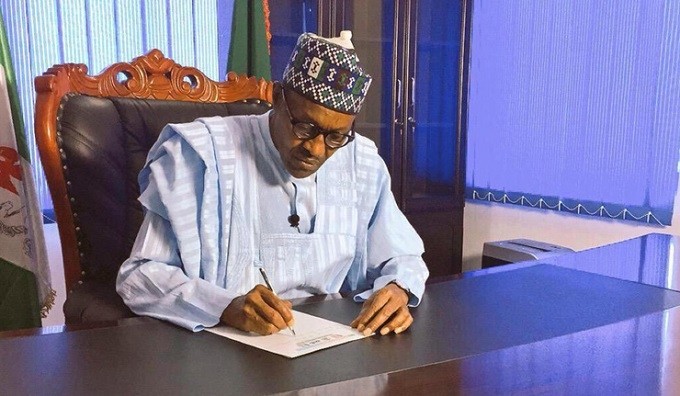 This was contained in a statement signed by his Special Adviser on Media and Publicity, Femi Adesina, on Sunday in Abuja.

The statement noted that before the commencement of the inaugural session of the council, the ministers-designate would take their oaths of office in the Council Chambers of the Presidential Villa.

“The swearing-in ceremony would begin promptly at 10:00 hours and the ministers-designate are expected to be seated in the Council Chambers by 09:30 hours at the latest.

“Each minister-designate can only be accompanied to the swearing-in ceremony by a maximum of two guests”, Adesina said.

The statement added that following the confirmation of their nominations by the Senate, Buhari will today (Monday), at the Presidential Villa, preside over the swearing-in of Prof. Mahmood Yakubu as Chairman of the Independent National Electoral Commission (INEC) and five others as National Commissioners of INEC.

CAN Kicks Against Nationwide Grazing Reserves For Herdsmen