Burna Boy Hits Back At Davido After Rema Outburst 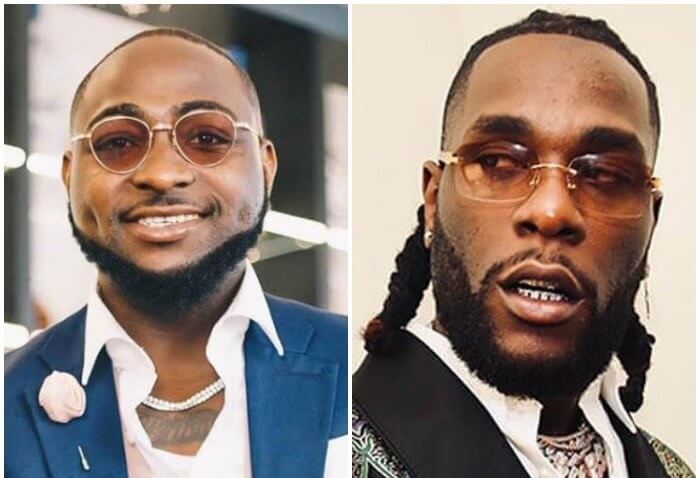 It appears that Nigerian Grammy-nominated singer, Burna Boy, has hit back at Davido weeks after the singer released ‘FEM’, which is a diss track targeted at Burna Boy.

Burna Boy, who is rarely active on Twitter, had taken to the micro-blogging platform on Monday to frown at “spoilt kids” who have “never even been in a real fist fight in their lives.”

The ‘Way Too Big’ crooner made the statement hours after Don Jazzy’s label artiste, Rema, went on Twitter to ask “new generation artists” to be “friends genuinely”.

There were reports that persons from Davido’s camp had “slapped” Rema during Sunday’s BBNaija season 5 grand finale where both acts had performed.

Rema, In a twitter rant on Monday, said because he came into the Nigerian industry like “a thief in the night” and “hacked Afrobeats”, some persons had been sabotaging his efforts in the industry.

The Mavin Records artiste said: “My first show was 6 zeros, the second month of my arrival into the game, ask the INDUSTRY. I performed with a mask on, because I came into the game with an unannounced EP like the thief in the NIGHT. Bet some of y’all niggas thought it was for fashion,” Rema said, adding that, “Niggas label my music rubbish because I infuse my Edo language. Because I didn’t follow the usual guidelines to music, because I hacked Afrobeats with God given melodies, they called it ‘Indian’ because they DO NOT UNDERSTAND ME. I’m not of this world, know this now!”

Although Davido has come out to deny the speculations, an artiste under his DMW imprint had suggested that 20-year-old Rema behaved rudely to Davido during the BBNaija show last night.

In an apparent response, Rema, during his Twitter rant on Monday, said: “My teddy bear is my best friend, he doesn’t talk, so he can’t judge me. Humans judge people, I don’t like humans, sometimes.”

Meanwhile, music lovers have suggested that Burna Boy weighed in on the issue because of his supposed rift with Davido.

Davido had performed ‘FEM’ which is a diss track to Burna Boy before millions of viewers of the BBNaija reality TV show last night.

Rema, who became popular after releasing his hit single ‘Dumebi’, had signed a record deal with Jonzing World, a subsidiary of Mavin Records, in 2019.

He gained more significance in the music industry after his song, ‘Iron Man’ appeared on Barack Obama’s 2019 summer playlist.